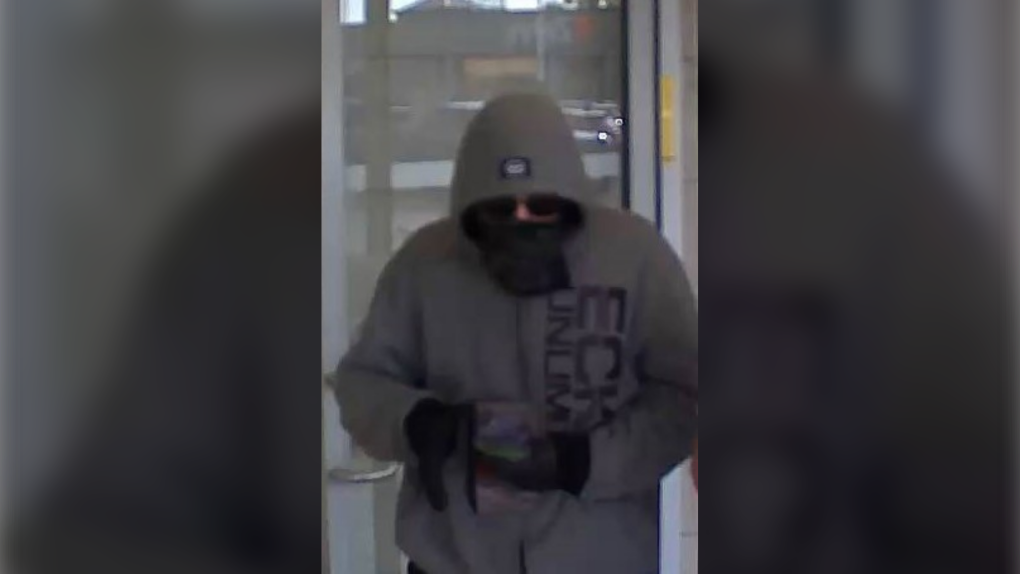 LaSalle Police released this photo of a suspect believed to be involved in a robbery at a CIBC in LaSalle, Ont. on Saturday, Sept. 18, 2021. (courtesy LaSalle police)
Windsor, Ont. -

LaSalle police are investigating a bank robbery after a man allegedly demanded cash from a teller before fleeing the scene on a bicycle.

Police say at around 9:45 a.m. Saturday, the man entered the CIBC on Malden Road where he approached a teller and demanded the cash.

The teller complied and handed over a sum a of money, the man then quickly took off on bike. Witnesses were unable to see which direction the man fled.

There was no weapon produced, and no one was physically injured during the incident, police say,

The man is described as approximately 5'8" tall with a thin build. At the time of the incident, he was wearing sunglasses, a pull-up face mask, a grey hoodie with the hood up, a black t-shirt underneath that had red trim at the bottom, black gloves and was riding a bicycle.

The investigation is ongoing. Police are asking any residents or businesses in the area with video surveillance to check their footage for possible evidence. Anyone with information is asked to contact the LaSalle Police Service - Criminal Investigation Division at 519-969-5210 ext 2532, or Crime Stoppers anonymously at 519-258-8477 (TIPS) or online at www.catchcrooks.com