Police investigate after pedestrian hit by GO Train in Oakville 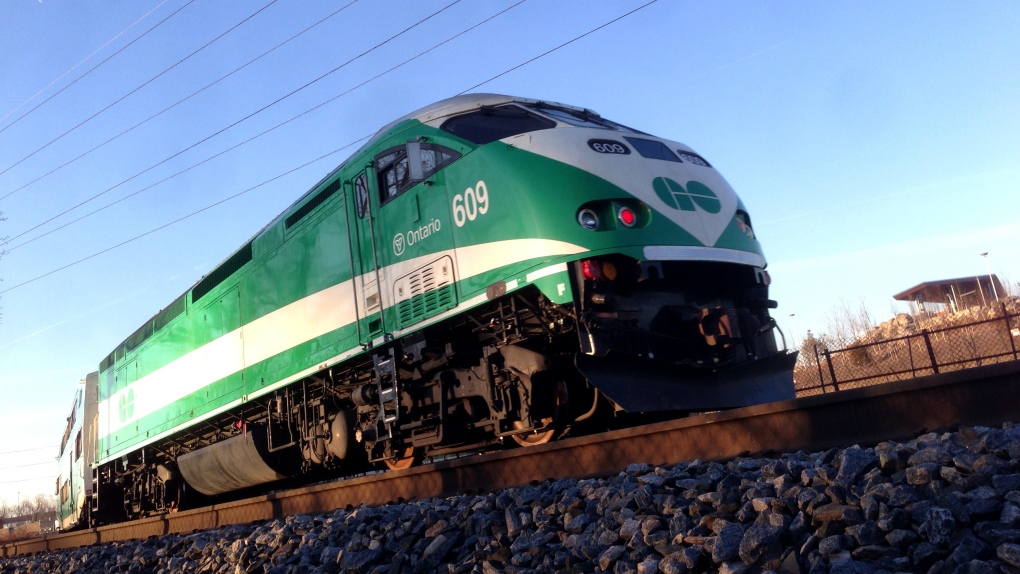 A GO Train passes along a stretch of tracks alongside the Don Valley Parkway in Toronto on Friday, April 5, 2013. (CTV Toronto/Maurice Cacho)

OAKVILLE, Ont. - Police are investigating after a trespassing pedestrian was stuck and killed by a GO train in Oakville.

Halton Regional Police say the incident took place around 2:30 a.m. today when an eastbound GO train was near Fourth Line in Oakville.

There were no passengers on the train at the time and the two crew members aboard were not injured.

Police say train service was restricted for about three hours but no train delays were expected to result from the incident.

The Halton region collision reconstruction unit is probing the incident with the help of CN Rail police and GO Transit safety officers.