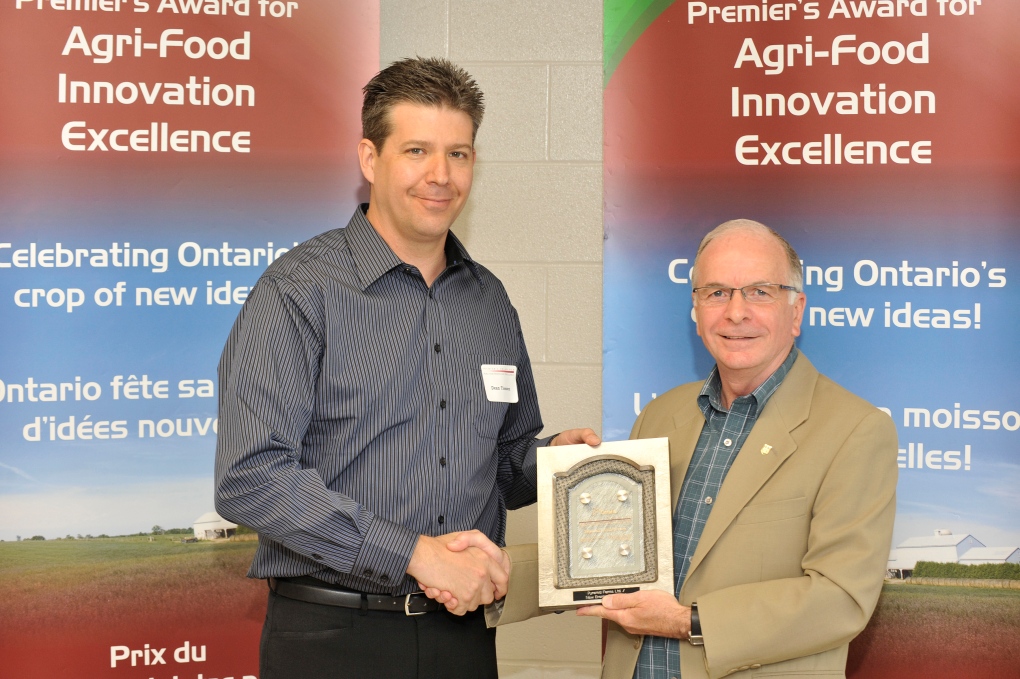 Dean Tiessen accepts the 2010 Premier's Award for Agri-Food Innovation Excellence in this image provided by the Ontario Ministry of Agriculture and Food.

A suspect has been arrested related to the murder of a Leamington businessman, according to reports from Brazilian media.

Military police in Brazil have arrested Thomas Manoel Paulino during a drug trafficking operation last night on the coast of Sao Paulo, say the reports.

He is a suspect in the death of Leamington businessman Dean Tiessen, according to Globo, a Brazilian television network.

Tiessen was shot to death during a business trip in Brazil in 2013.