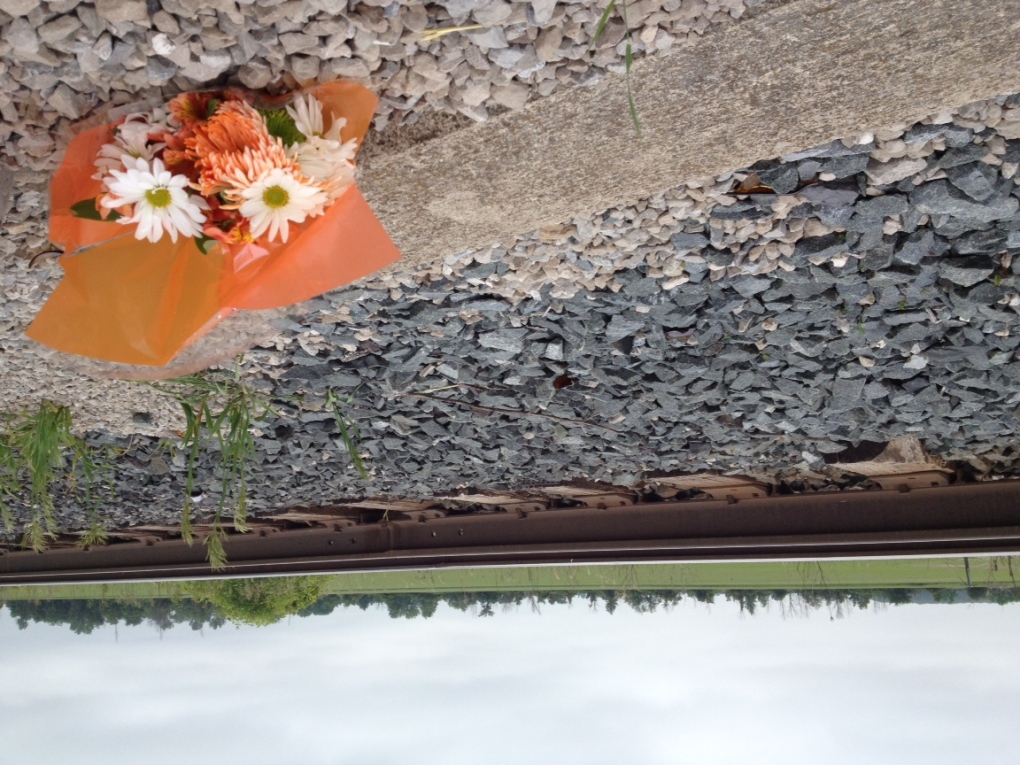 Flowers have been laid at the scene of the fatal train and truck crash on Wallace Line Road in Lakeshore, Ont., on Friday, June 7, 2013. (Gina Chung / CTV Windsor)

Essex County OPP have released the name of the 26-year-old Tecumseh man killed as his SUV collided with a freight train.

Police say Thomas Little was the only person in the Explorer when it hit the CP Rail train. He was taken to Hotel Dieu Grace Hospital, but pronounced dead a short while later.

"There are arms that come down, there are flashing lights,” says Moniz. “It's a very good crossing."

Both the conductor and engineer were on board the train, but were not injured.