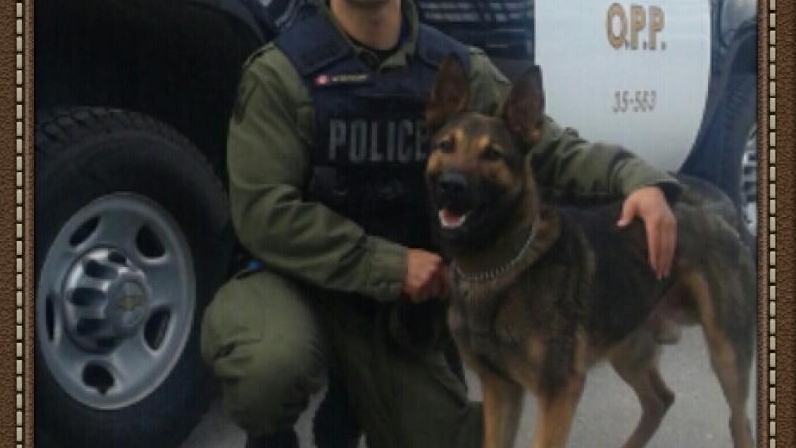 An Essex County OPP dog helped find two people who allegedly took off after a crash.

A vehicle travelling east on County Road 42 crossed the centerline, narrowly missing a westbound vehicle and rolled over after entering the ditch.

Police say a witness saw the driver and a passenger fleeing the scene on foot before officers got there.

The OPP's canine unit was dispatched and commenced a track.

Canine "Max" and his handler located both occupants who were hiding in a ditch approximately two kilometers from the collision scene.

The owner/occupant of the vehicle has been charged with failing to report a collision.

Neither occupant was injured as a result of the collision.