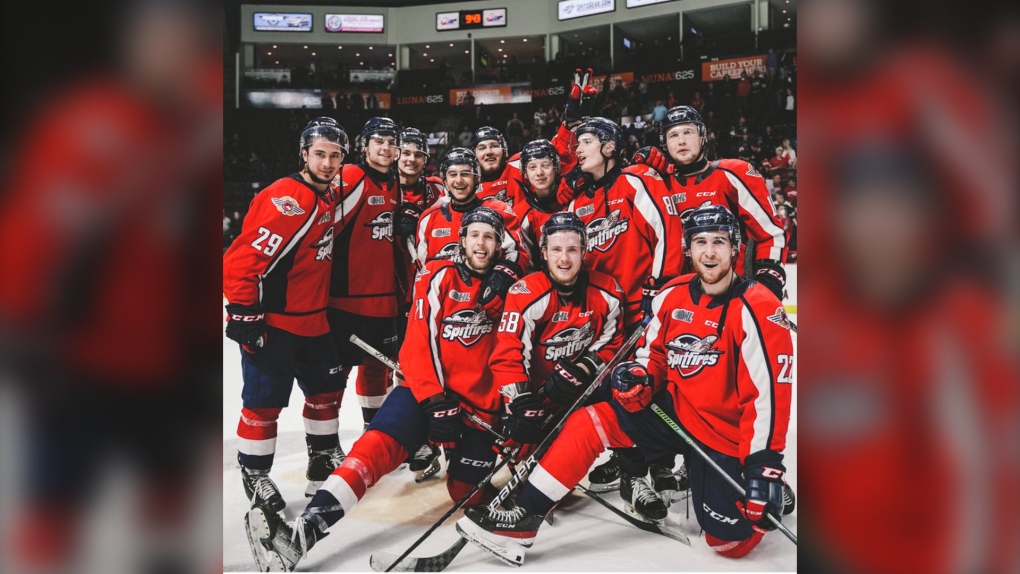 The Windsor Spitfires are back in the OHL playoffs for the first time since 2019 due to the COVID-19 pandemic.

The Spitfires are facing off against the Flint Firebirds in the Western Conference final.

Windsor evened the series 1-1 with a 7-2 win over the Firebirds on Monday. Matthew Maggio scored three goals for the Spits. Windsor had a 45-39 shot advantage.

The Windsor Spitfires fell short in the first game of the OHL Western Conference Finals, losing 4-3 against the Flint Firebirds after the Firebirds scored three goals in the second period.

Game two is scheduled for Monday in Windsor.

Thank you Windsor. Fans you were there when we needed you most! We feel the ❤️. Wincity unite for your Windsor Spitfires. #whateverittakes #windsorspitfires #itsyqg #yqgwow #windsoressex #windsorontario #ohlhockey #ohl #chl #twepi pic.twitter.com/uLawZJc9SV

The Windsor Spitfires are moving on to the third round of the OHL playoffs after defeating the Kitchener Rangers 3-2 in Game 5.

The Spitfires rebounded to beat the Rangers 6-3 in Game 4 on Thursday. Windsor has a 3-1 series lead in the best-of-seven series.

Wyatt Johnston and Alex Christopoulos each had two goals and two assists in the win, while captain Will Cuylle had three assists.

The Spitfires beat the Rangers 6-2 to take a 2-1 series lead. Wyatt Johnston scored twice for the Spits. Windsor outshot Kitchener 47-29.

The Spitfires fell 4-2 to the Rangers on Sunday night, tying the Western Conference semifinal 1-1.

Wyatt Johnston had a goal and an assist.

Jackson Parsons made 37 saves for the Rangers.

The first game of the series went to the Spitfires 6-5.

The Spitfires advanced to the second round on Sunday night with a 3-1 win over the Sarnia Sting.

Wyatt Johnston's goal late in the first period turned out to be the game-winner. Forward Jacob Maillet also scored twice.

The Sting stayed alive in the series with a 3-2 overtime win on Saturday night. Andrew Perrott and Will Cuylle scored for the Spitfires. Windsor outshot Sarnia 45-23.

The Spitfires earned a 3-1 series lead with a 4-1 win over the Sting 4-1 in Sarnia on Thursday night.

Will Cuylle scored a goal and added an assist and Wyatt Johnston had a goal.

The Sarnia Sting got their first win of the series, 5-2 on Wednesday. The Spitfires still have a 2-1 series lead. Ethan Miedema and Ryan Abraham scored for the Spitfires.

The Spitfires took a 2-0 series lead with a 4-1 win on home ice on Saturday night. Will Cuylle scored twice, while Daniel D'Amico and Wyatt Johnston also had goals for the Spits. Windsor outshot Sarnia 43-23.

The Spitfires returned to postseason action on Thursday with a 3-0 win over the Sarnia Sting.

The Spits and Sting are back in action on Saturday at the WFCU Centre. Puck drop is scheduled for 7:05pm.

Biden says 'we have to act' after Texas school shooting