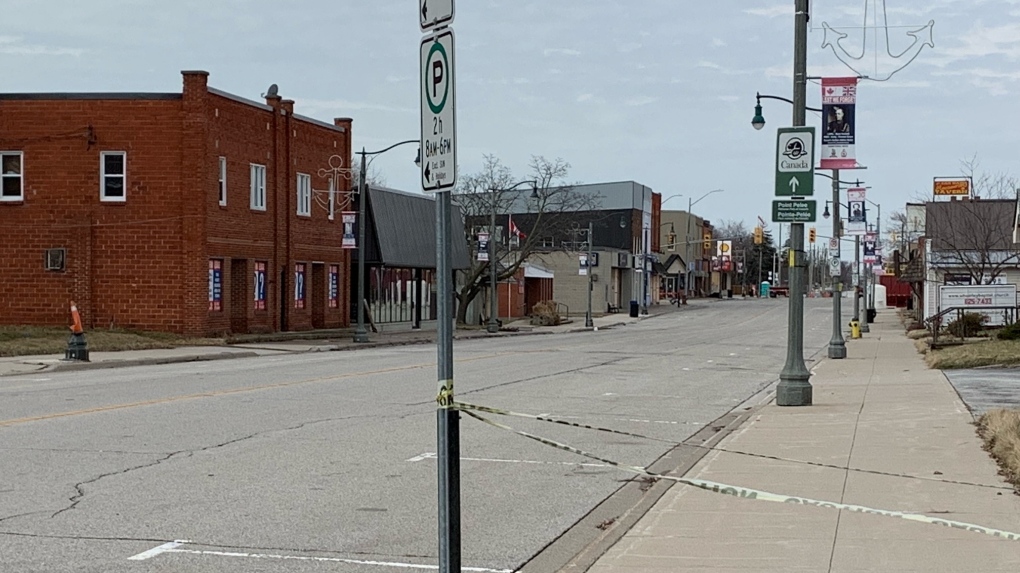 Plans are underway to reopen Wheatley’s Erie Street North which has been closed for more than a year due to the August 2021 explosion downtown.

Municipality of Chatham-Kent officials say fencing will go up along both sides of Erie Street and along much of the block immediately north of Talbot Road. Buildings along the west side of the block will have Prohibited Access by CBO order.

The revised evacuation zone, which was recently reduced and no longer includes any single-family residences, is on the east side of the street.

The current evacuation zone is below:

Officials plan to open Erie Street to two lanes of traffic within the next two weeks. Officials are also discussing options to allow pedestrian traffic along the street. It will remain closed to large truck traffic.

A scrubber system designed to capture H2S gas emissions at the site of earlier downtown incidents is now operational. Filters in the unit will trap any H2S gas and reduce it to zero.

The system will remain on site for six months, officials will then make a decision for long-term action.

The current flare stack onsite will stay as a backup system for the time being as an added safety measure.

Officials are preparing a report for council’s Dec. 12 meeting which will be available online by noon Thursday.

Southern Ring Nebula's 'messy death' due to more than one star, researchers discover

Researchers were able to determine how the Southern Ring Nebula was created and understand how more than one star led to its 'messy death' by reconstructing the scene that happened thousands of years earlier.

A 33-year-old Toronto man has been sentenced to eight and a half years in prison after pleading guilty to two violent sexual assaults almost a decade ago.