WINDSOR, ONT. -- Windsor police are releasing new details about a murder one year later, in hopes of making an arrest.

They are releasing a picture of Gerardine Butterfield, 63, who was killed last May in her apartment on Wellington Avenue.

And for the first time, police say they have a “person of interest” in the case.

On May 25, 2019, police found Butterfield’s body but they now believe she had been killed several days before she was found. 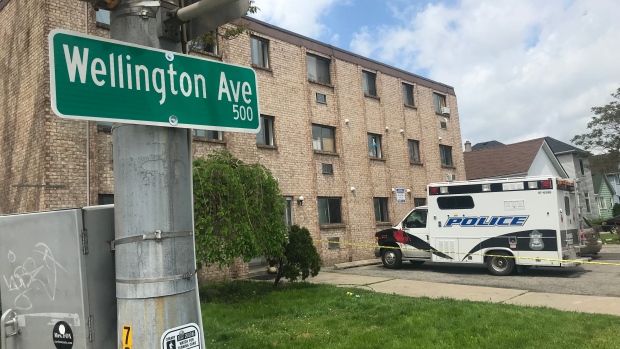 According to police, Butterfield lived alone and only allowed very few immediate family members to visit her.

“It would be very unusual for her to let anyone else into her apartment,” Constable Natalya Natashak said in a news release.

Police say anyone seen with Butterfield, attempting to contact her, or leaving her apartment in late May would be considered suspicious.

“Ms. Butterfield was a quiet lady, she did keep to herself,” says Det. Joe Faddoul. “She was well liked within the building, as for people coming and going, friends and family were the only people that she ever allowed into her apartment, so other than close friends and family, if somebody had seen her with somebody they don’t recognize, again we urge them to contact the major crimes unit.”

Even though they have a person of interest, police are still hoping to speak to any witnesses who may have seen any suspicious behaviour in or around 591 Wellington Avenue.

“People may not think something they saw or heard would be significant to an investigation, it may be the one piece of information police are seeking,” said Natyshak.

Members of Butterfields’ family told police they do not wish to comment on her death.

Last year, a neighbour, Jade Joncas told CTV News Butterfiled was a nice lady who kept to herself.

At the time, Joncas says she’s terrified to live in her building and admits seeing Butterfield deceased is “a sight that I’ll never want to see again.”