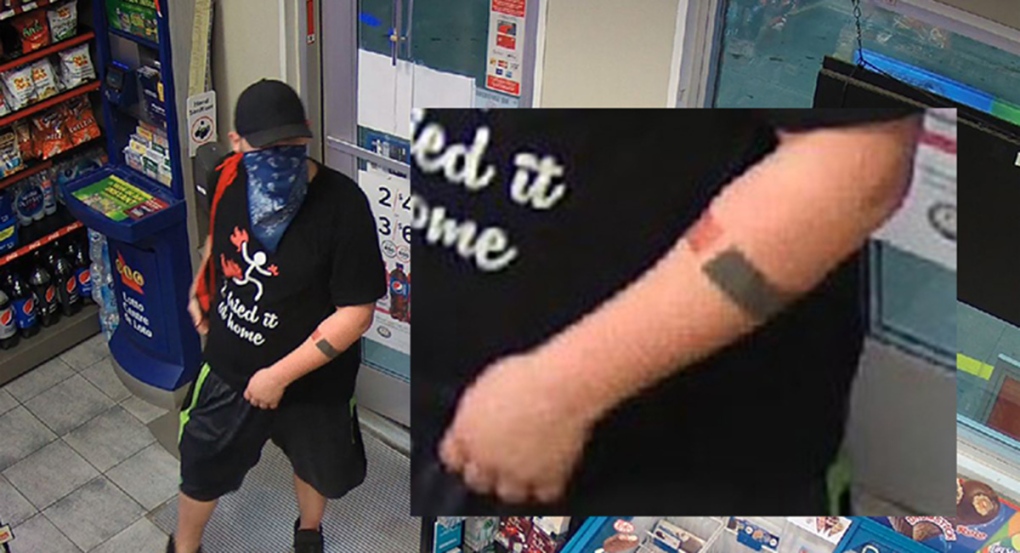 A suspect sought in a robbery in the 2200 block of Huron Church Road on Monday, Aug. 2, 2021 is seen in this image released by the Windsor Police Service.

WINDSOR, ONT. -- Windsor police are investigating a robbery where the suspect allegedly brandished a knife while demanding money before fleeing the scene.

The Windsor Police Service Major Crime Unit is seeking any information that may help in identifying the suspect.

Officers responded to a business in the 2200 block of Huron Church Road on Monday for a robbery report. The robbery is believed to have happened at 3:55 a.m.

Police say the suspect entered the business then brandished a knife while demanding cash. The suspect then fled the area.

There were no physical injuries reported, police say.

The suspect is described as a white man in his 30s, about , 5'11" - 6'0", larger build, wearing a black sweater, shorts, black shoes, blue bandana covering his face, black baseball cap.

Police say he had a black and red drawstring backpack and may possibly face a small cut under his right eye. The suspect may also have a tattoo on his left forearm.

Anyone in the area is asked to check video surveillance for any potential evidence.