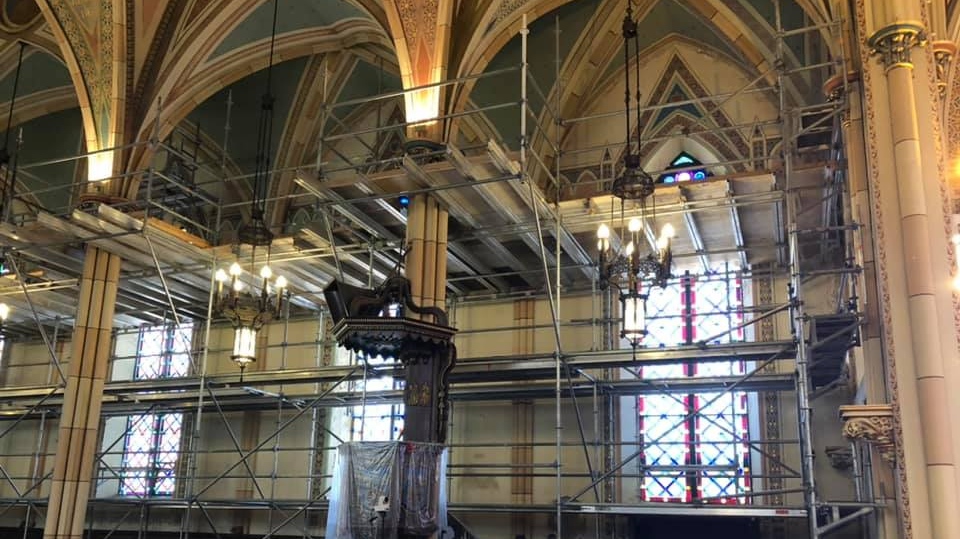 Phase 1 of the project is complete and Phase 2 is underway. Phase 1, sometimes referred to as the stabilization program, included a new copper shingle roof, asbestos remediation and upgrading the fire alarm system.

Scaffolding has been set up to allow work on interior plaster consolidation and painting.

Work has also started to replace two flights of stairs to the bell tower.

Paul Mullins of the Assumption Church restoration project says heritage approvals to proceed with the interior work have been obtained.

“Construction Management Contract with Pupatello Construction has been finalized,” Mullins said. “Work has begun the on the south half of the East aisle.”

Fundraising continues as organizers say they need to raise as much as $4-million in this phase, as the higher amount takes into account inflation if the work is not completed.