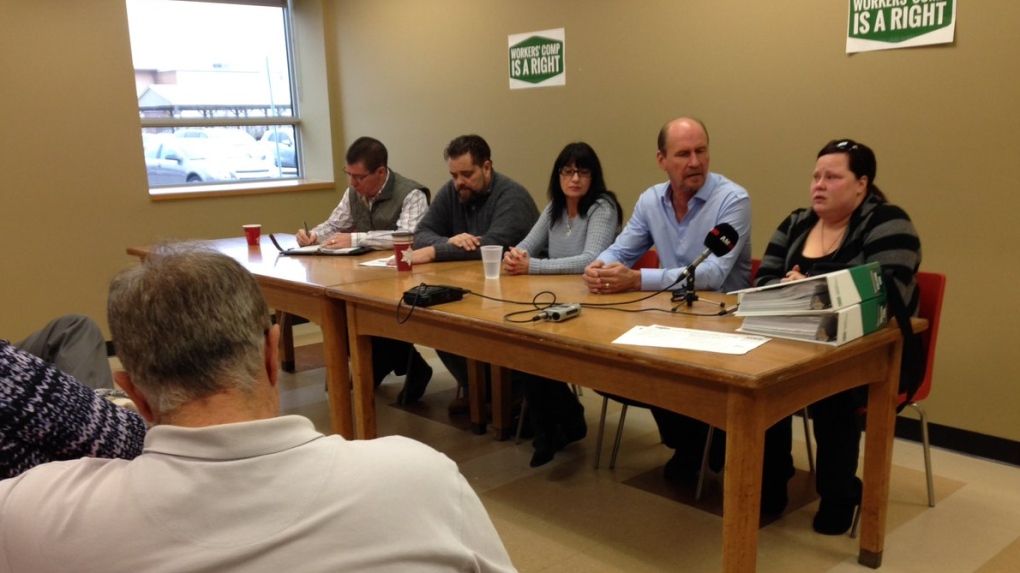 Showing support and fighting for "the dignity of workers" WDLC and Local 195 launch campaign to help brothers and sisters. (Bob Bellacicco / CTV Windsor)

A petition is calling for better treatment of injured workers and changes to the way the Workplace Safety and Insurance Board (WSIB) handles claims.

The Ontario Network of Injured Workers Groups (ONIWG) is launching the campaign and it’s getting support from the Windsor District Labour Council and the workers support group at Unifor local 195.

Windsor resident Shannon DeWitt is one of the injured workers highlighted by the province-wide campaign.

DeWitt says she suffered a back injury on the job, recovered but re-injured her back.

“I went bankrupt last year on my birthday because they said they wouldn't pay me,”claims DeWitt. “They really held off on my claim for almost 11 months with no income.”

A degenerative disc disease was diagnosed and WSIB denied her claim, calling it a pre-existing condition.

Mike Jee, the chairperson of Unifor local 195's workers with disabilities committee, says he is fighting for the dignity of workers.

“We need to raise awareness,” says Jee. “We need this to get to legislators. We have a crisis going on with injured workers.”

The ONIWG says once it has gathered enough signatures, the petition will be presented at Queen's Park.