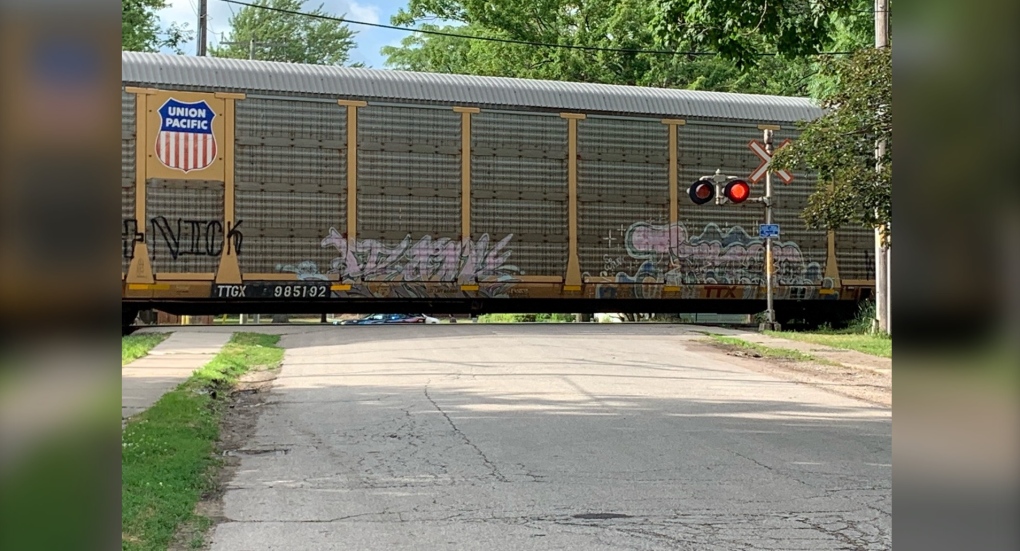 A pedestrian was struck at the railway crossing located near Princess Street and Colborne Street in Chatham, Ont., as seen on July 6, 2022. (Chris Campbell/CTV News Windsor)

Emergency crews were on scene after a pedestrian was struck by a train late Wednesday afternoon.

According to a press release issued by the Chatham-Kent Police Service early Wednesday evening, the Traffic Management Unit is investigating a serious collision involving a train and a pedestrian.

Chatham-area railway crossings were closed and traffic was impacted while emergency crews responded, but the area has since been cleared.

Police have deemed the accident not suspicious in nature.

Few other details are known at this time.

Chatham-Kent police ask that anyone with information contact Const. Lisa Rodger at 519-355-1092.