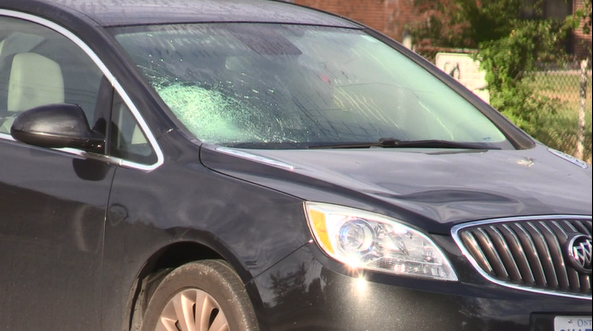 A pedestrian was hit by a vehicle Tecumseh Road West and Felix Avenue on Sunday, Oct. 19, 2019. (Stefanie Masotti CTV Windsor)

WINDSOR, Ont. - Police are investigating after a pedestrian was struck by a vehicle in Windsor's west end.

Officers were called to Tecumseh Road West at Felix Avenue around 8:20 p.m. Saturday after reports of a man being struck.

The man was rushed to hospital by EMS with life-threatening injuries.

The area was blocked off overnight.

The Windsor police traffic reconstruction team attended the scene Sunday morning to investigate. The area was cleared around 9:30 a.m.

No charges have been laid but the collision remains under investigation.