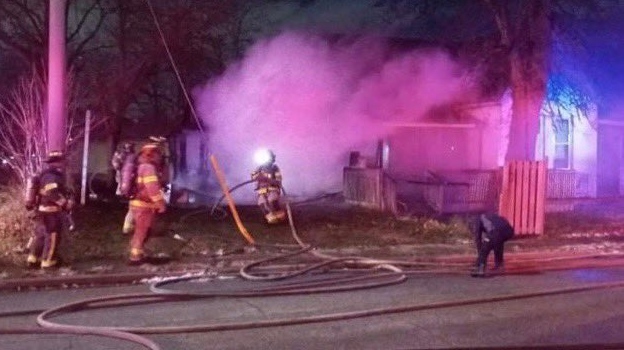 Crews responded to the structure fire in the 200 block of Louis Avenue, near University Avenue, around 12:06 a.m. Tuesday.

They managed to get the fire under control, then crews were doing overhaul.

Windsor Fire posted on social media that the fire was out at 12:57 a.m.

An investigator has been called to the scene.