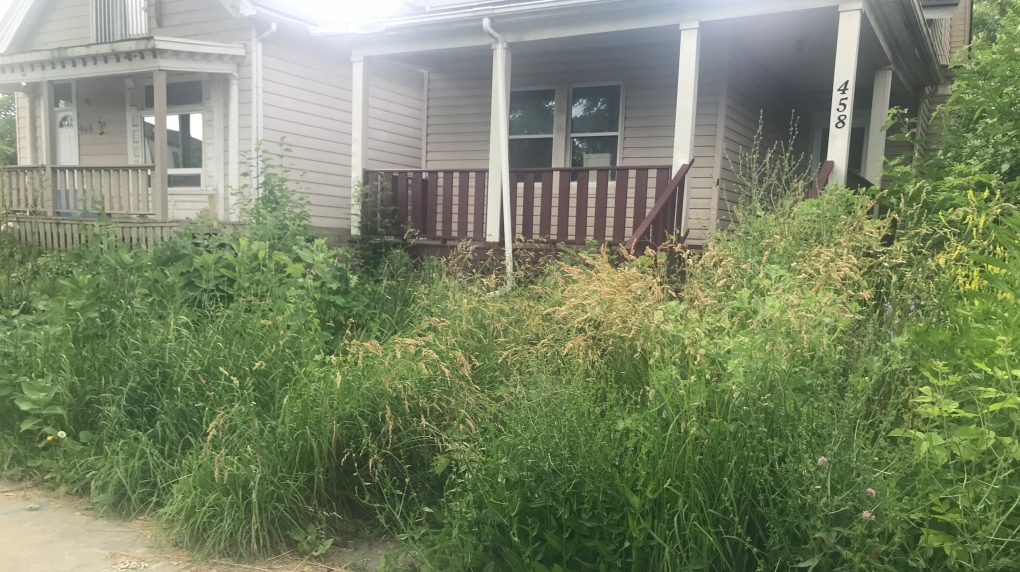 Overgrown grass in the front yard a Windsor home has led neighbours to call in complaints to the city's 311 service. (Rich Garton / CTV Windsor)

Complaints are pouring in to the city's residential call service — especially those concerning tall grass.

Front yards with overgrown grass and weeds have generated a surge in calls to 311.

There’s been total volume jump of 40 per cent compared to the same time last year.

The city's by-law enforcement has struggled to keep up, telling CTV News there is a 10 day to 14 day wait to have by-law officers respond to a complaint.

In some cases the response has taken even longer.

Bill Tetler, by-law enforcement manager, says his team is doing everything possible to keep up with the significant jump in call volumes.

“We've been offering overtime to try keep up with some of the calls,” says Tetler. “And even offering the overtime still doesn't allow us to catch up where we'd like to be.”

Tetler stresses each case requires due process for the homeowner, which in some cases can see weeks pass before any work is completed.

The city is obligated to give homeowners seven days to comply with a work order once delivered by hand, posted to the property or through registered mail. It’s the final option, registered mail, which Tetler says can see a significant time elapse between a complaint being made and any work being done.

Only when the city confirms the work order hasn’t been complied with following receipt of the order in the allotted seven days, can the city have its contractor complete the work and bill the homeowner through property taxes.

Tetler says the highest volumes of complaints are seen in Wards 2, 3, 4 and 5.

Some of the rules homeowners must follow include keeping grass cut below 12 inches, removing overgrown weeds and standing water, and properly disposing of garbage and debris.