Over $182K worth of drugs seized in Chatham-Kent; three arrested 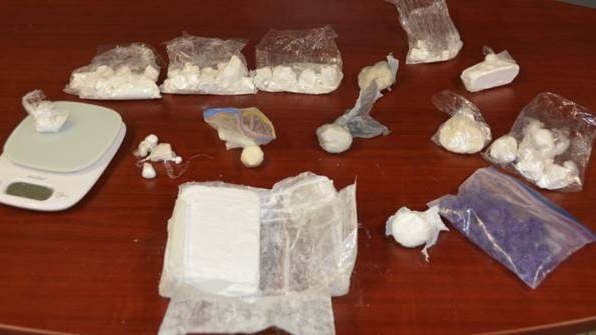 LONDON, ONT. -- Over $182K in illegal drugs were seized from two residences in Chatham-Kent on Wednesday after search warrants were executed.

Chatham-Kent police say in total $182,400 worth of illegal drugs were removed from the streets.

A 21-year-old male of Orchard Place was charged with possession for the purpose of trafficking, as well as four counts of failing to comply with his release conditions.

A 29-year-old male of Raleigh Street in Chatham was charged with possession for the purpose of trafficking.

A 31-year-old male of Frobisher Court was charged with three counts of possession for the purpose of trafficking, two counts of unauthorized possession of a firearm and one count of careless storage of a firearm.