'Our city is truly on the cusp of greatness'. Incumbent mayor launches re-election campaign in Windsor

'Our city is truly on the cusp of greatness'. Incumbent mayor launches re-election campaign in Windsor 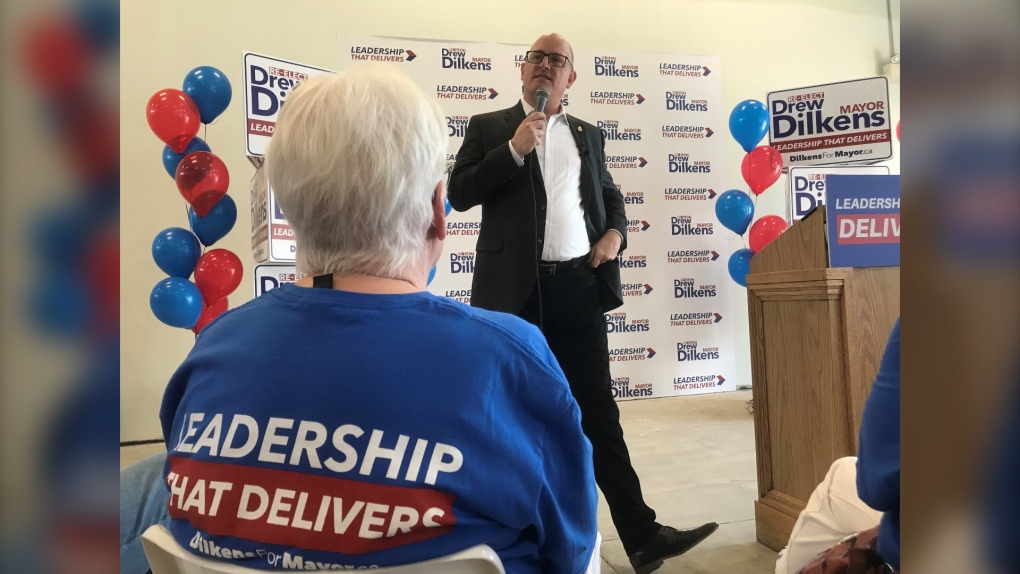 Incumbent Drew Dilkens launches his campaign, running for Mayor in the 2022 municipal election in the City of Windsor. (Michelle Maluske/CTV Windsor)

Drew Dilkens officially launched his third bid to be mayor of the City of Windsor Saturday.

"As we started this election campaign, I am more excited today about the future of our city that I was the first day that I took office," Dilkens told a crowd of supporters Saturday at his Dougall Avenue campaign office.

Dilkens says he intends to focus his campaign on five key points:

"You know, running a city is all about finding balance, and so each of them is very, very important," Dilkens said. "Over the coming weeks, I look forward to sharing a bold vision and plan to look to the future while not risking our progress."

Dilkens told reporters, "the hospital is at risk" but he would not elaborate, saying they intend to hold news conferences in the coming weeks about his election platform.

The Ontario government has committed to building a new single-site acute care hospital on the edge of the city where it borders Essex County.

The location has been an ongoing battle between a grassroots group hoping to have the hospital built closer to downtown.

The land has already been purchased and the project is now into the next phase of planning.

Looking back, to when he was first elected mayor in 2014, Dilkens says he has no regrets about the decisions he’s made thus far.

"Because I try and apply the best information that we have in the time to my decision making. So looking back today, with the information I had, I would make the same decisions moving forward," Dilkens said.