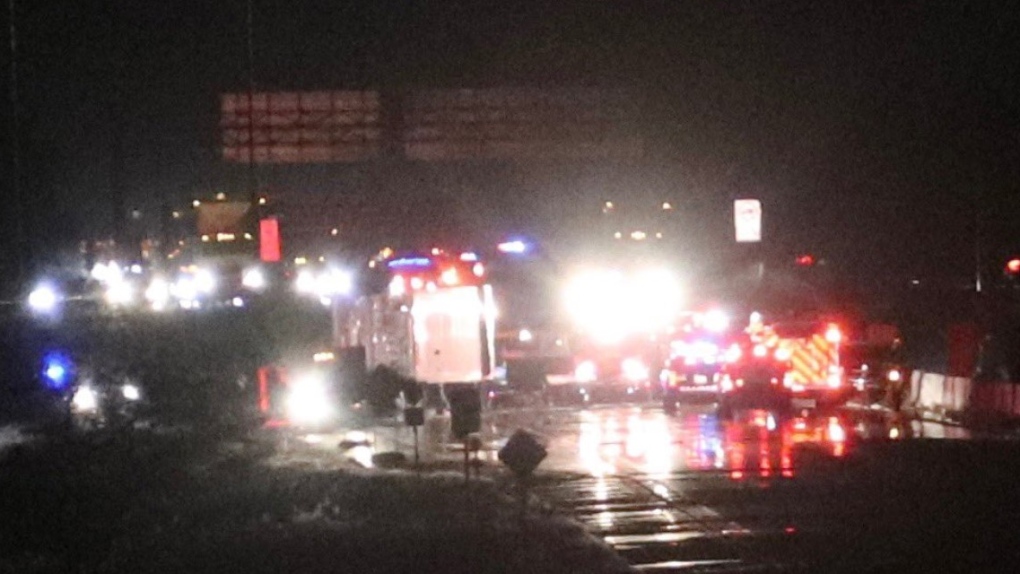 Essex County OPP have identified two people who died in a crash on Highway 401 in Lakeshore.

On Friday at 7:25 p.m., Lakeshore OPP received a report of a three-vehicle collision in the eastbound lanes of Highway 401 just east of Belle River Road.

Members of the West Region Traffic Incident Management and Enforcement Team (TIME) are assisting Lakeshore OPP with this ongoing investigation.

The two occupants of one of the passenger vehicles involved were pronounced dead at the scene.

OPP have identified them as Syed Mehdi Hussein Bokhari, 55, from Mississauga, Ont. and Syeda Samina Sudhra Bokhari, 62, from Calgary.

The OPP is continuing to investigate and is seeking public assistance with this investigation. Investigators are looking to speak to any witnesses or members of the motoring public that may have captured this crash on dash camera or anyone that witnessed the event. If anyone has any information, they are being asked to call police at 1-888-310-1122.

Smith tables controversial sovereignty act, which is 'likely' to survive in court

The Bank of Canada lost $522 million in the third quarter of this year, marking the first loss in its 87-year history. In the central bank's latest quarterly financial report, it says revenue from interest on its assets did not keep pace with interest charges on deposits at the bank.

The RCMP has confirmed it is investigating 'broader foreign actor interference activities' in Canada, but Commissioner Brenda Lucki is declining to provide more details given the investigations are 'ongoing.'

Drug slows Alzheimer's but can it make a real difference?

An experimental Alzheimer's drug modestly slowed the brain disease's inevitable worsening, researchers reported Tuesday – but it remains unclear how much difference that might make in people's lives.

A disciplinary case was opened against Croatia at the World Cup on Tuesday after the team's fans taunted a Canada player with Serbian family ties.

The Senate passed bipartisan legislation Tuesday to protect same-sex marriages, an extraordinary sign of shifting national politics on the issue and a measure of relief for the hundreds of thousands of same-sex couples who have married since the Supreme Court's 2015 decision that legalized gay marriage countrywide.