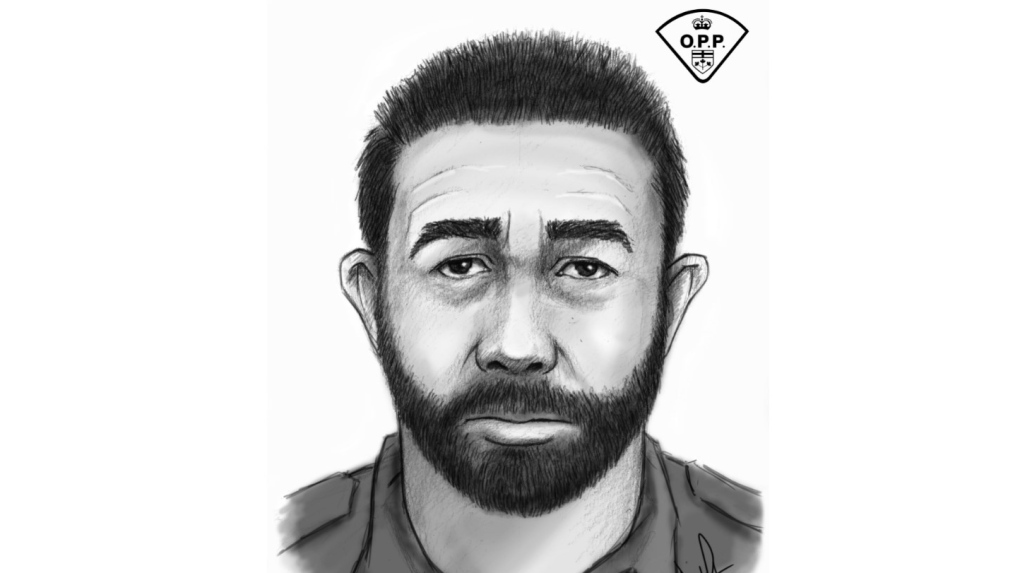 WINDSOR, ONT. -- Essex County OPP have released a composite drawing of a suspect reported to be impersonating a police officer in Lakeshore.

On April 23 around 9 p.m., a woman was driving on Naylor Side Road near the intersection of North Talbot Road, when she was pulled over by a vehicle with red and blue flashing lights.

A man allegedly approached the driver's side window wearing clothing resembling the uniform of a police officer.

The suspect is described as a white man, approximately 30 to 40 years old, tall and fit, having short brown hair and a scruffy beard.

The vehicle was described as a small, black and white older model, four-door vehicle similar to a Ford Taurus. The vehicle had a roof mounted emergency light bar with red and blue alternating lights.

Through extensive investigation, it has been confirmed that this individual was not a police officer and the OPP is asking for assistance in identifying him.

OPP say they do not stop motor vehicles to inquire about the employment status of the driver or its occupants.

The OPP is asking anyone having information regarding this incident or who can assist with the identification of this individual to call 519-723-2491 or 1-888-310-1122. Should you wish to remain anonymous, call Crime Stoppers at 1-800-222-8477 (TIPS) or leave an anonymous online message at www.catchcrooks.com where you may be eligible to receive a cash reward of up to $2,000.