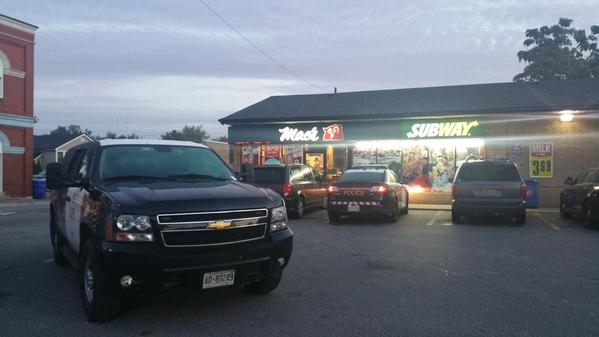 Police say no one was injured following a robbery at a Mac’s Milk in Harrow Friday morning.

OPP are investigating the robbery which occurred around 5:40 a.m. at the Mac’s Milk at the corner of King Street and Queen Street in Harrow.

Police say a male demanded cash from the clerk. A small amount of cash was given to the male who then fled on foot.

The suspect is described at white, more than six feet tall, and wearing a black hoodie and black gloves. According to police he fled northbound from the store.

The OPP Emergency Response Team and K-9 Unit were called in to track the suspect.