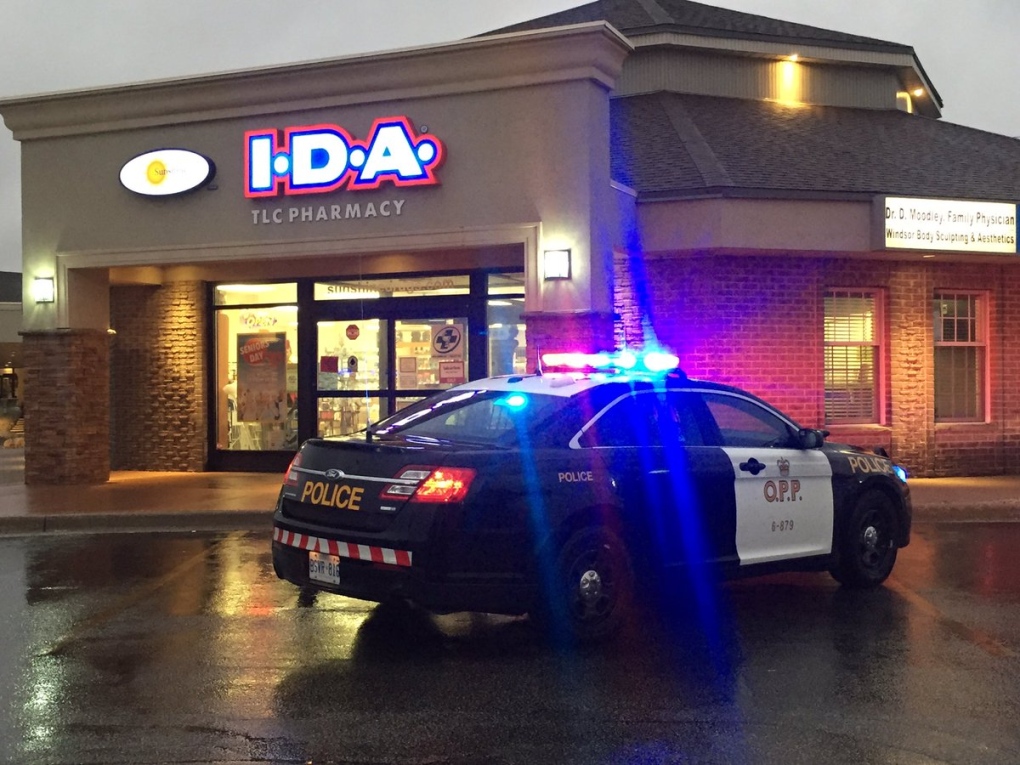 A pharmacy on Tecumseh Road near Banwell Road was the scene of a robbery investigation Thursday evening.

Provincial police were called to the IDA Pharmacy in the 11000 block of Tecumseh Road around 7 p.m.

OPP say a suspect entered the pharmacy, confronting the staff and left the premises with a minimal amount of narcotics.

The suspect was seen getting into the passenger seat of an awaiting grey vehicle, which was parked at the Metro grocery store parking lot. The vehicle left the area travelling westbound on Tecumseh Road towards the Windsor.

No injuries were reported and anyone with any information is asked to contact police or Crime Stoppers.

This is the seventh pharmacy robbery in Windsor-Essex in 2017.