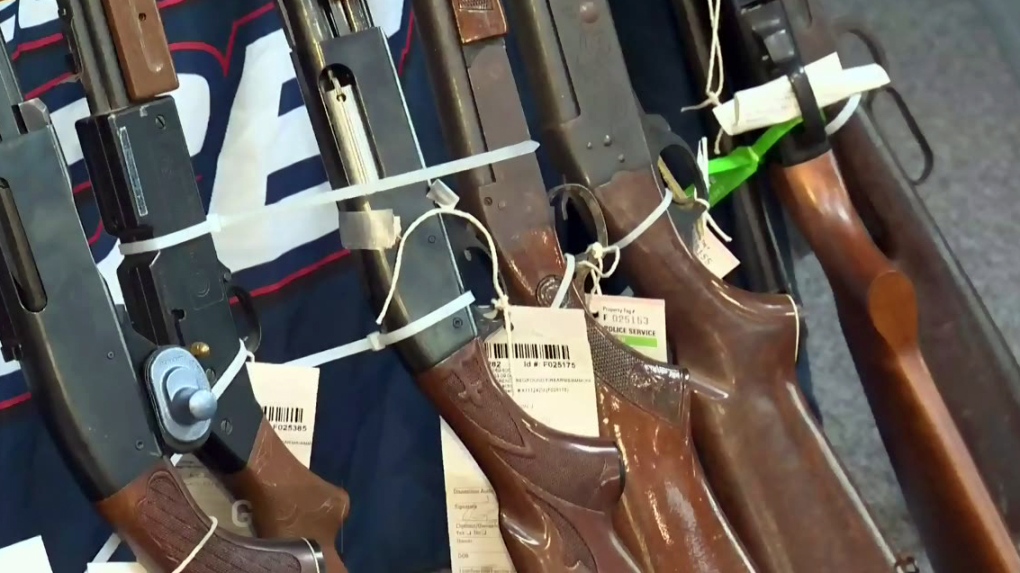 Provincial police say they have safely secured dozens of weapons and hundreds of rounds of ammunition midway through a month-long gun amnesty campaign.

As of April 16, there have been 218 gun amnesty calls for service in OPP jurisdiction, 42 of which were received through the online reporting option on the OPP website.

Since the launch of the gun amnesty, 267 items were recovered through appointments made with OPP officers. These included restricted, prohibited, replica, and vintage weapons.

Just over 5,200 pieces of ammunition were surrendered during this period, including a quantity of hollow point bullets.

The gun amnesty will be in effect until Monday, April 30, for any Ontario resident who wishes to voluntarily surrender unwanted or illegally-owned firearms, weapons, accessories, or ammunition.

The public is reminded that no amnesty is offered for people who turn in weapons that have been used in the commission of a crime and no anonymous submissions will be accepted.

Interested gun owners are strongly urged to call the OPP (or their local police service's) non-emergency number at 1-888-310-1122 to arrange for officers to attend and safely retrieve the weapons. Gun owners can also use the OPP website at opp.ca/gunamnesty -- or the Citizen Self Reporting tool to notify police.

Under no circumstances should anyone deliver guns or ammunition directly to police facilities.