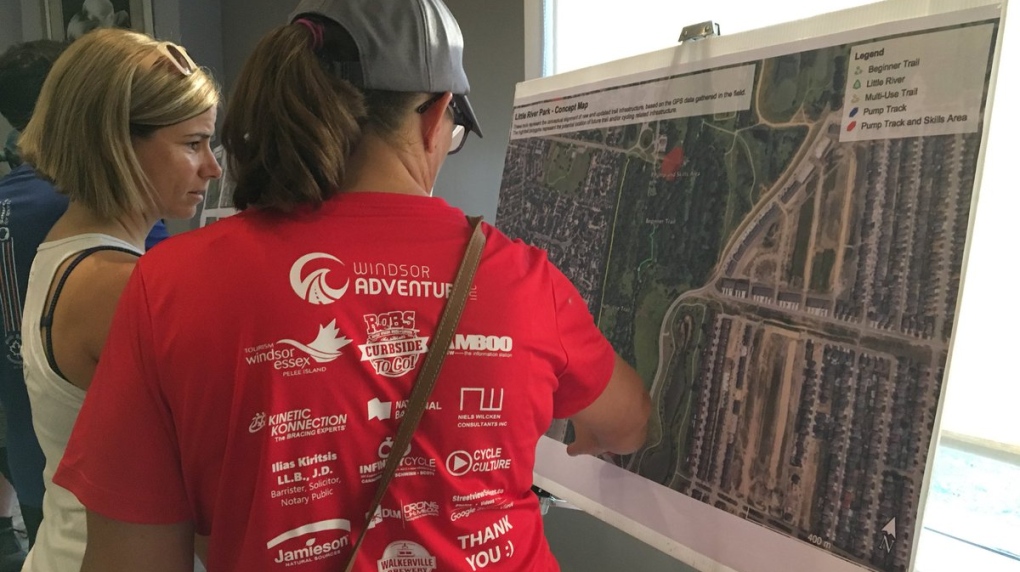 The City of Windsor is ready to spend half a million dollars on off-road biking.

The city held an open house at Malden Park Tuesday night to provide residents with an update on an off-road biking study.

Staff are focusing their efforts on improvements to Malden Park and the Little River Corridor park.

Residents were able to see preliminary drawings of what the park could look like, while also sharing their own ideas.

Manager of Parks Development, Mike Clement, says the trails would be for all levels of bikers.

“Whether they're a small kid or inexperienced all the way up to the experts, they can use the area,” says Clement.

City council has set aside $500,000 for off-road cycling infrastructure.

A makeshift mountain bike park in east Windsor was demolished last year by the city due to safety and liability concerns.