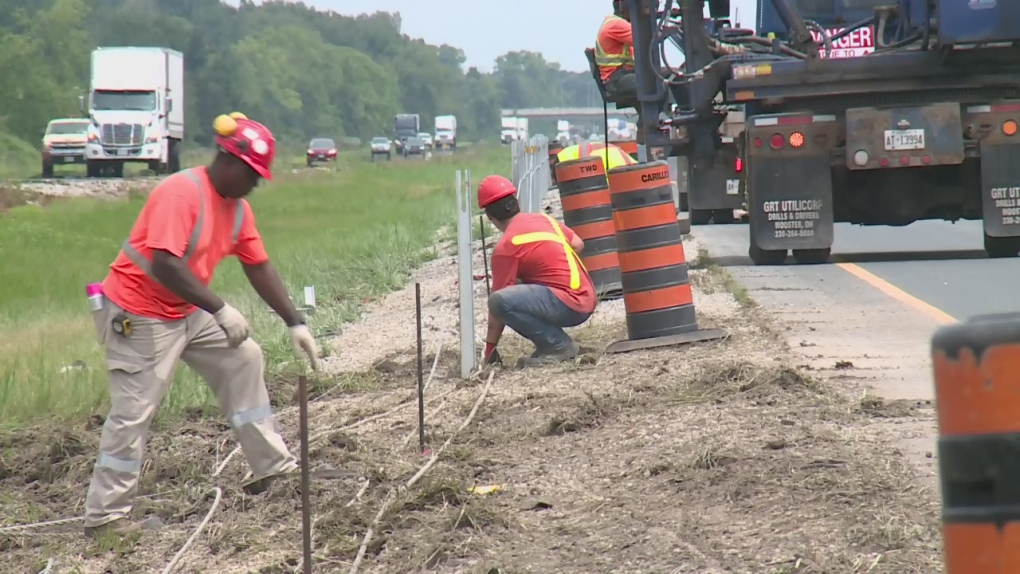 WINDSOR, ONT. -- The Ontario government is investing $67.8 million to widen and install concrete median barriers on Highway 401 between Tilbury and Merlin Road in Chatham-Kent.

MPP for Elgin-Middlesex-London Jeff Yurek made the announcement on Monday, adding that it is part of the province’s larger project to widen and install concrete barriers on 125 kilometres of Highway 401 between Tilbury and London, creating more local construction jobs.

“Everyone in our community knows how vital Highway 401 is to the success of Southwestern Ontario,” said Yurek. “Widening Highway 401 and installing concrete median barriers will make our roads safer and continue to keep people and goods moving in the region.”

Coco Paving Inc. has been selected to widen the section of highway from four to six lanes, add concrete median barriers and a new storm sewer system.

The concrete barriers are expected to enhance safety by helping to reduce the likelihood of cross-median collisions.

“By widening Highway 401 in Tilbury and installing concrete barriers, we are helping to keep our families safe on our roads while ensuring the safe movement of goods on our important trade corridor,” said Caroline Mulroney, Minister of Transportation. “This is part of our government’s plan to build a better transportation network, encourage economic growth and connect communities in southwestern Ontario.”

The people behind the grassroots group, Build the Barrier, have long called for a concrete barrier, saying it could prevent many serious crash injuries along the stretch of road dubbed “carnage alley”.

Alysson Storey, the founder of Build the Barrier, says she remains encouraged over news the province is moving ahead with a previous announcement in January to build a concrete barrier on a section of the 401.

“We have to keep moving to build the barrier and put the metal to the pedal,” she says.

Storey says she’s glad to see progress after her group has been advocating for three years.

She says the province originally announced work would start before the end this year, “however, it’s understandable the province has had other priorities to deal with regarding the pandemic.”

Storey thinks the project is an important safety feature on the 401 and the work will be one of the projects which will help keep the economy going.

A cable barrier was installed on a section of the highway in 2018.

The province says construction on the widening and concrete barrier could start as early as the end of this year.