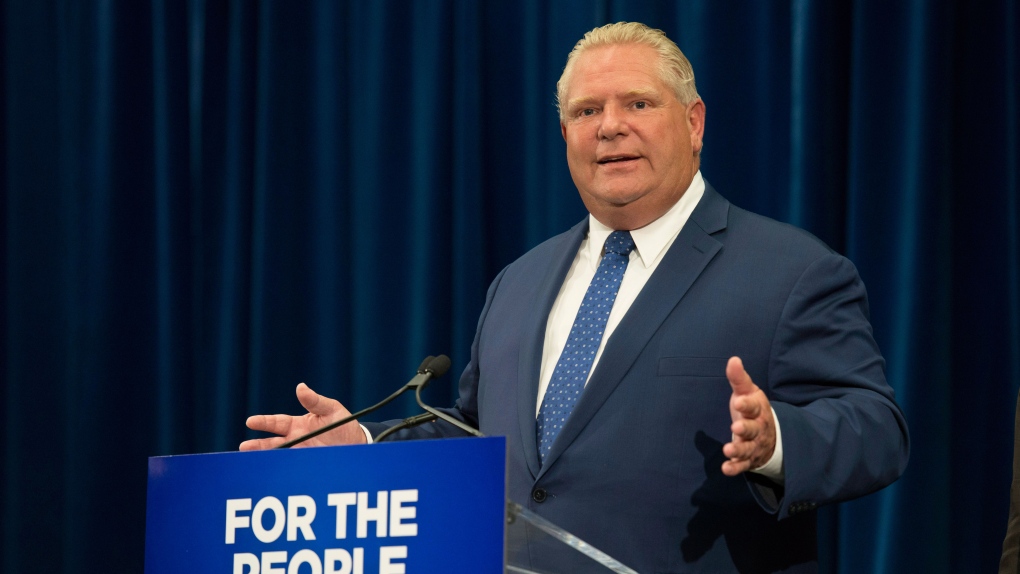 TORONTO -- A campaign adviser to Premier Doug Ford has been appointed as Ontario's trade representative to the United States.

Ian Todd will take on the post in Washington, D.C. on Monday, replacing former Liberal legislator Monique Smith, who was removed from the job by Ford after his Progressive Conservatives won a majority government earlier this year.

Ontario's trade representative promotes the province's interests in the United States, cross border trade and investment. Todd will also serve as a special adviser to the premier.

Economic Development Minister Jim Wilson defended Todd's salary, saying he will not be eligible for pension payments or for termination payments.

Wilson says the government has also ended contracts with legal advisers and consultants on the trade file that will save taxpayers $710,000 a year.

When asked whether the government interviewed candidates for the job, Wilson said Todd was well known in political ranks.

"Every government reserves the right to put a person they trust that they believe will grow jobs for Ontario," he said. "We believe that Ian Todd is the best person for the job."

The Opposition, meanwhile, said the appointment was just the latest example of the government awarding Tory insiders plum positions, noting that former party president Rueben Devlin was previously granted a three-year term as a health-care advisor.

"Apparently, the Ford gravy train has arrived at Queen's Park and it's all aboard for Ford's friends, and those he owes a favour to," NDP legislator Taras Natyshak said in a statement.