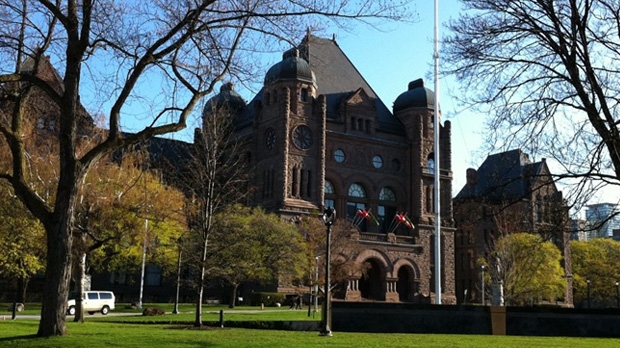 Queen's Park is seen here in this file photo.

TORONTO -- Ontario's teachers are preparing to challenge the government in court over a new law that caps all public sector wage increases.

It limits those increases to one per cent a year for the next three years, which Treasury Board President Peter Bethlenfalvy calls a "fair and time-limited approach" to eliminating the deficit.

More than a million public sector workers would be affected by the bill, which applies to employees at school boards, universities and colleges, hospitals, long-term care homes and other organizations.

Shortly after it passed in the legislature Thursday evening, the four major unions representing high school, elementary, Catholic and French teachers in the province issued a joint statement.

The unions are all currently in negotiations with the government for new contracts, and they say it tramples on collective bargaining rights.

They say that the passage of the legislation all but shatters any prospect of good faith bargaining, and they are preparing a court challenge.