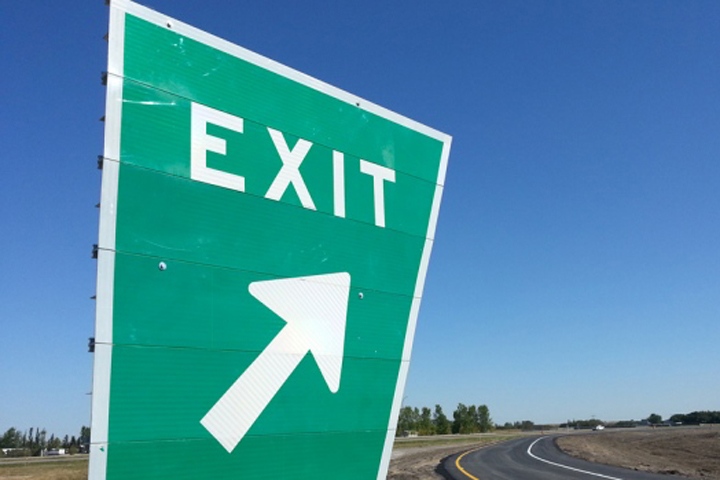 TORONTO -- Ontario's government plans to launch a review of speed limits on provincial highways, with the transportation minister musing that some of those roads can safely handle traffic at 120 kilometres per hour. Here's a look at the context around the issue:

HOW ARE SPEED LIMITS DETERMINED?

According to Mohamed Hussein, a transportation engineering professor at McMaster University in Hamilton, there are effectively three speed limits for any highway: the "design" speed, which is the maximum speed at which a road can be safely navigated and determines every element of its design; the "operating" speed, which is how fast traffic actually moves on the road; and the "posted" speed, which is displayed on roadside signs. The posted speed is a product of many factors, including a commonly used measure called the 85th percentile: the speed at which 85 per cent of traffic will travel at or below. Political considerations are also a factor, such as when the United States passed a national speed limit law in the early 1970s. The legislation was enacted in an effort to conserve fuel amid an embargo on oil shipments from the Organization of Petroleum Exporting Countries (OPEC).

WHAT ARE THE EXISTING LIMITS IN ONTARIO?

The speed limit on the 400-series highways, including Highway 401 -- part of which is considered the busiest highway in North America -- is 100 km/h, while other provincial highways range between 80 and 90 km/h. According to Bob Nichols, a spokesman for the Ontario Ministry of Transportation, the original limit on highways 400, 401, 417 and the Queen Elizabeth Way was 70 miles per hour (113 km/h), but that was lowered in 1975 in response to the oil crisis. The fact that it hasn't been raised again in the more than 40 years since then -- despite the end of the oil embargo and improvements to vehicle safety and fuel efficiency --has led to calls for change. Chris Klimek, who founded the advocacy campaign Stop 100 eight years ago, said the current limit turns almost every driver in Ontario into a law-breaker. Provincial Transportation Minister Jeff Yurek acknowledged last week that the 400-series highways are designed to handle traffic at 120 km/h, while signalling the province would announce details this week of "a couple of pilot projects at different speed limits."

HAS THIS BEEN TRIED IN CANADA?

Yes -- In 2014, British Columbia adjusted speed limits on 33 sections of highway following a months-long public consultation that showed widespread support for increasing limits. That included increases to 120 km/h -- the highest permitted speeds in the country -- on certain sections of divided, multi-lane highways. However, the province has since rolled back many of those increases after research showed what B.C. Transportation Minister Claire Trevena called an "alarming" increase in serious collisions on some routes. Hussein characterized the B.C. experiment as a "disaster" and said it would be a "very bad idea" for Ontario to follow suit. "Most research shows that if you are involved within a collision and you are driving more than 120 km/h, your chances to survive are almost zero," he said. However, another expert -- Baher Abdulhai from the University of Toronto's Transportation Research Institute -- counters that 120 km/h is already the "de facto speed limit" on highways in the Greater Toronto Area.

HOW DO THE RULES DIFFER IN OTHER JURISDICTIONS?

Across Canada, maximum posted speed limits vary by province, from 90 km/h in Prince Edward Island to 110 km/h in B.C., Nova Scotia and elsewhere. Limits tend to be higher in the U.S., where the national speed limit law was repealed in 1995: Hawaii has the lowest limits in the country at 60 mph (97 km/h), while Texas has the highest at 85 mph (137 km/h), according to the Insurance Institute for Highway Safety. In Europe, the most common speed limits are 120 and 130 km/h, and certain sections of the German autobahn system have no maximum, although an "advisory" speed of 130 km/h is posted. Klimek and Abdulhai both point to this as evidence that higher speed limits can work, but Hussein notes there are important design differences that distinguish the autobahn from North American highways, including less frequent interchanges. "It's a totally different story. We cannot have this system here," he said.

WHAT WOULD NEED TO HAPPEN FOR THIS TO WORK?

It's not yet clear where or how the government will implement its pilot projects, but Abdulhai said technology can play an important role in ensuring it's done safely. The U of T professor, who specializes in Intelligent Transportation Systems, would like to see "dynamic" speed limits implemented on major highways, adapting the posted limit based on factors such as weather and traffic. In areas where that isn't possible due to cost, Abdulhai recommends using the 85th percentile rule, which he estimates would lead to a limit of 120 km/h on most GTA highways. Beyond that, he recommends strict enforcement, aided by technology such as radar, along with stronger intervention in what he calls "vulnerable areas" such as school and construction zones.