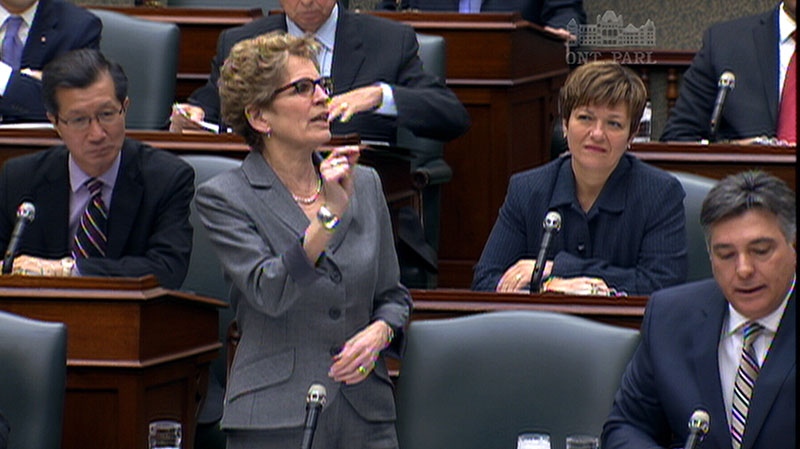 TORONTO _ Ontario Premier Kathleen Wynne said Wednesday her government will try to find out how watered down chemotherapy drugs were given to more than 1,100 cancer patients, some for as long as a year.

``It's a very worrisome situation, obviously most worrisome for the patients and their families involved, and we will work to find out how this happened,'' said Wynne.

``I don't know exactly how this happened, but we obviously need to find out how it happened.''

Five hospitals _ four in Ontario and one in New Brunswick _ are contacting patients who received the too-low chemo doses to tell them to contact their oncologist to discuss treatment plans.

Questions have been raised about the impact the lower than intended doses of the chemotherapy drugs might have had on the treatment for the cancer patients and whether or not they could have lived longer with proper doses.

``What is the implication of that dilution? Does it mean it would affect the outcomes of people's treatment, their longevity,'' asked Ontario NDP Leader Andrea Horwath.

The provincial Health Ministry and Cancer Care Ontario have a lot of questions to answer, added Horwath.

``I think this rocks people's trust in the health care system and in the distribution of drugs in Ontario, and that's worrisome,'' she said.

``People need to be certain that the treatment they're receiving is the treatment that's prescribed and that it's the appropriate treatment for whatever illness or disease they happen to be battling.''

The drug supplier, Marchese Hospital Solutions, said it is ``deeply concerned'' by the questions raised about the quality of its work and that it is addressing those issues.

``Our preliminary investigation of this issue leads us to be confident that we have met the quality specifications of the contract,'' the company said on its website.

The drugs were being used as far back as February 2012 at the Windsor hospital, and March 2012 at the London hospital. The Saint John hospital said it had purchased the drugs since March 2012.

Ontario Health Minister Deb Matthews said Tuesday that she doesn't want people to panic about the situation. She urged the affected patients to contact their oncologist.

Cancer Care Ontario said all four Ontario hospitals immediately removed the medications received from the drug manufacturer when the problem was discovered late last month, and informed Marchese of the error.

Each hospital has secured new supplies of the medications and Cancer Care Ontario said patients' treatment cycles will not be interrupted.

``It's important to note that chemotherapy preparation and delivery is a complex process and as a result of this complexity, there are sources for potential error,'' Dr. Carol Sawka, Cancer Care Ontario's vice-president of clinical programs and quality initiatives, said in a statement.

``We have put in many steps to minimize these potential sources of error and we will continue to ensure that patient safety and high quality care are the focus and the strength of the system.''