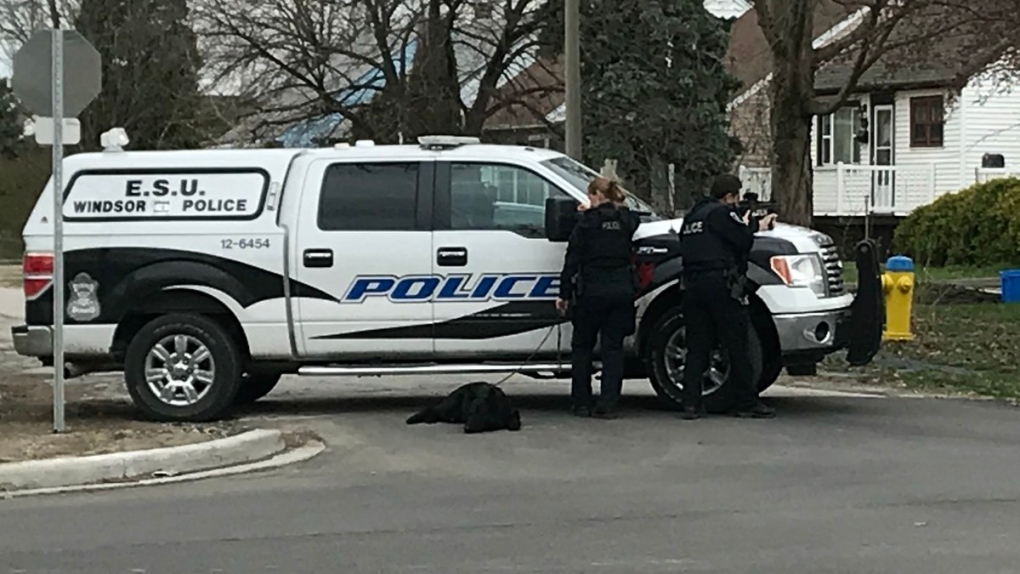 Windsor police have charged a 35-year-old Windsor man after an online sale gone wrong and a six-hour standoff.

Officers responded to the 600 block of Capitol Street on April 18 around 11:20 a.m. for a report of a fight with weapons.

Attending officers found a man who was suffering from a non-life-threatening injury. The victim was transported to hospital for medical attention.

Police say investigation revealed that the victim went to a house in the 600 block of Capitol Street after arranging on social media to purchase an item that had been advertised for sale.

The victim met with the suspect and purchased the item.

The victim then discovered the item was apparently defective, and returned the item.

Police say the victim reported that the seller then assaulted him by striking him with a pole.

The suspect was identified and officers observed the suspect inside a residence located in the 600 block of Capitol Street.

Officers from the Emergency Services Unit sent up containment on the residence.

Officers say they made numerous attempts to communicate with the suspect, but he refused to exit the house.

Investigators applied for and received judicial authorization to enter the residence.

At about 5:50 p.m., officers entered the residence and executed the warrant.

The suspect was arrested without incident.

During the search of the residence officers located and seized a prohibited weapon.

Michael Allard, 35, from Windsor, is charged with assault with a weapon and possession of a prohibited weapon.

Neighbours say Allard is well known by police, with more than 60 convictions on his record.

In 2017, Allard served a year and a half in prison after pleading guilty to uttering death threats and deriving a financial benefit from prostitution.

Allard was also arrested in the same neighbourhood in 2018 after police seized a quantity of fentanyl in powder form.

The Windsor Police Service would like to remind the public that when meeting a stranger to purchase something, it is best to meet in a public place.