Old dog, new tricks? How a retired K9 is training to 'be normal' 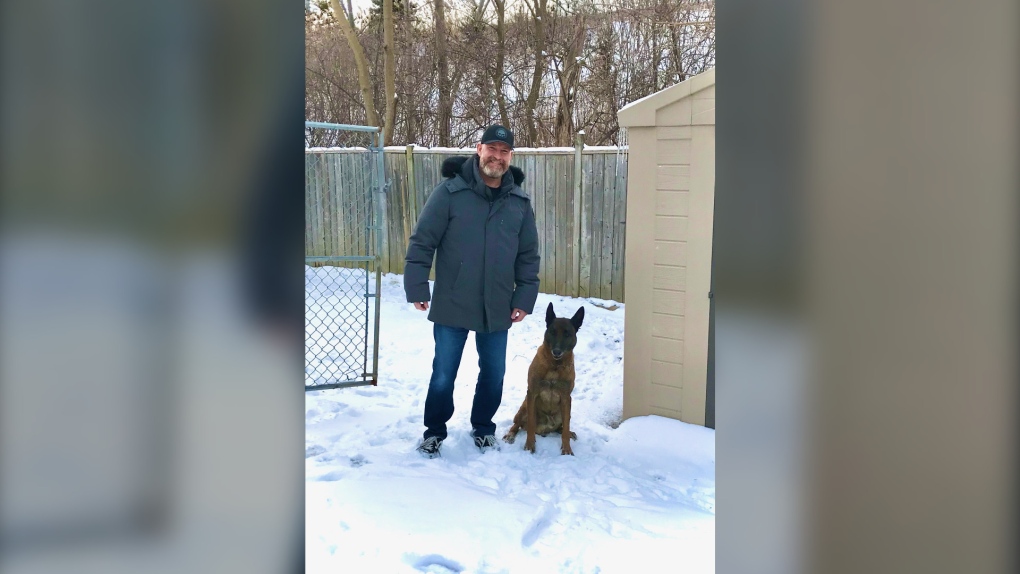 WINDSOR ONT. -- Vegas is trying to settle into retirement after eight-and-half years on the force.

The Windsor police dog retired at the end of 2019 with 115 “collars," along with countless guns seized and drugs discovered. But now Vegas’ only job is to “chill out.”

His handler, Sgt. Rob Wilson admits it is an adjustment for the 10-year-old Belgian Malinois.

“It's just going to take a while," he said. “He’s built and bred differently.”

Vegas now needs to learn how to go for a walk instead of a run, to look for a treat instead of searching for drugs and to take a nap instead of taking down “the bad guys."

“He's been 1,000 per cent business for the last eight-and-a-half years,” said Wilson. 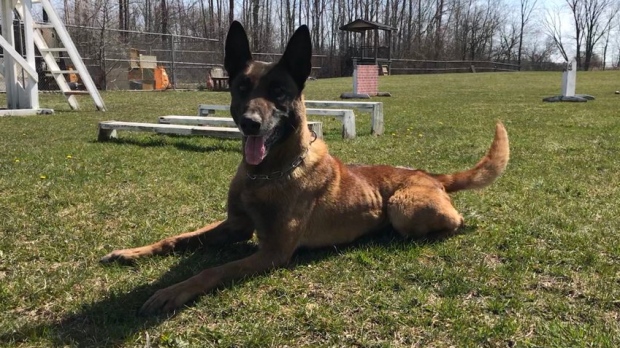 For such a career-driven dog, it's a tough adjustment to just quit.

“I know what I’m going to be doing when I retire, he doesn’t really know what to do when he retires.”

Most of the time Vegas lives in Wilson's backyard, in an elaborate doghouse equipped with heat and air conditioning.

“It's going to be a 12-month process to really get him into the house,” Wilson said. “I just need him to slow down a bit, get him in the house where he’s comfortable in the house, get along with my family and my cats.”

Wilson is slowly removing work from Vegas’ day-to-day life by cutting back on obedience training, which they only do at the Windsor Police training facility.

“I’m giving him 12 months because I don’t want to rush anything," Wilson said. "I have been bringing him in on training days so he at least thinks he’s working.”

Much the same way he was taught to search for drugs, Vegas is learning the basics of being a domesticated dog, including just being in the same room as Wilson’s wife and children.

“Next would be having a family member feed him a treat, gaining his trust."

That step could take some time because Vegas has been trained to only take treats from Wilson.

Vegas was never the most social dog, even on the force. Wilson's first K9, Quincy, was the exact opposite and easily went from work to retirement until passing away in 2019.

Vegas isn’t the same and is now in training see home as a place to simply relax.

Wilson said he misses “being on the road” with Vegas now that he’s been promoted to lead Windsor’s Patrol Support Unit and COAST program.

“The stars kind of aligned because I got promoted," he said. “I’d rather for him to retire on a high note and be 100 per cent than be injured and retiring and not be able to enjoy his retirement.”

Now Vegas only has three things to work on: “Relax. Hang out. Try to be normal.”