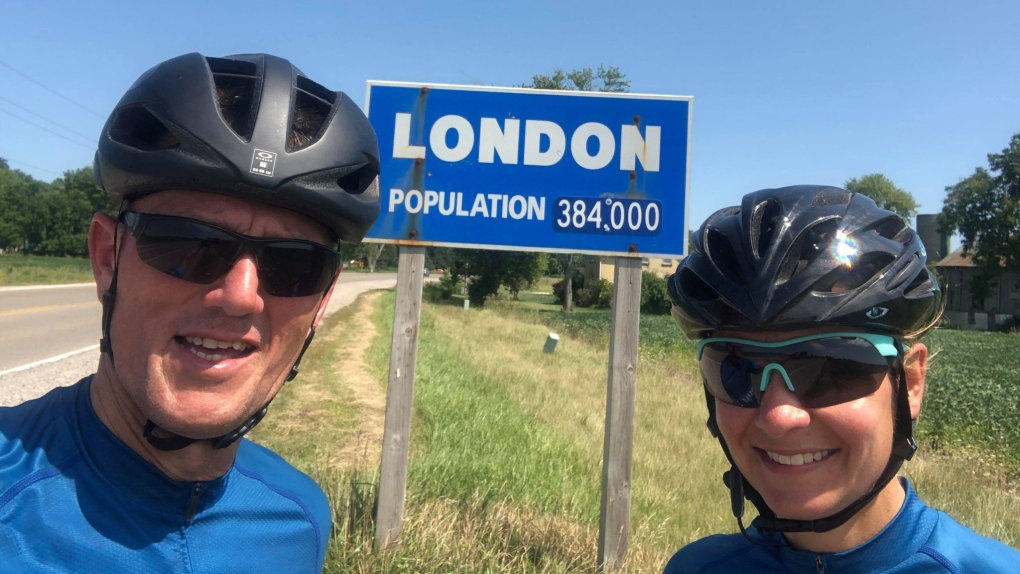 WINDSOR, ONT. -- Jody Fedak and Rene Tamminga took their enthusiasm from cycling on a 165km trek to London Saturday.

"This was our second longest ride we have done since we started cycling and the longest as just the two of us," said Fedak.

The Essex-County OPP constables are part of the OPP cycling team and were committed to a ride in support of Wounded Warriors that was supposed to be a large group ride to Ottawa but the COVID-19 pandemic forced it to become a virtual event.

"We decided to still participate and chose a destination with meaning" said Fedak who pedalled with Tamminga to the OPP Provincial Communication Centre in London. Their team participated on stationary bikes.

Fedak described the ride as challenging at times as they dealt with traffic and rough pavement, "but it was important for us to keep the meaning of the ride in mind as we were riding for brothers and sisters that might be struggling from the perils of the job.”

The duo raised $800 which Fedak says supports much needed programs dealing with the mental health of first responders, veterans and their families.

"We were both touched by a local OPP members' suicide a few years ago so this added to the need to support the event.”