Nurses rally in Windsor to back wage demands 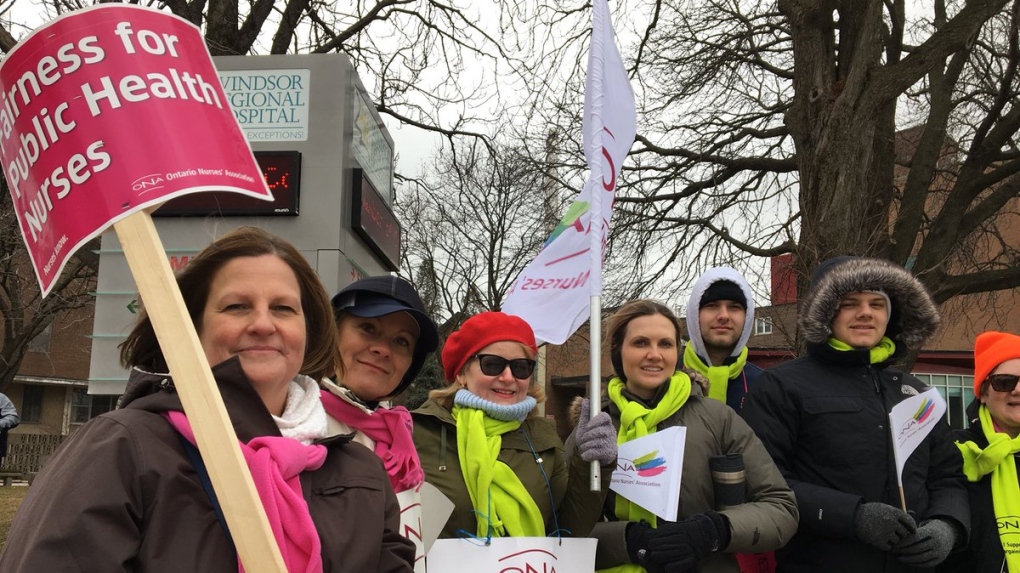 The labour community in Windsor-Essex is rallying around striking nurses as their labour action stretches into its eighth day.

“The employer doesn’t want to talk to us,” says Barb Deter, the bargaining unit president with the Ontario Nurses’ Association. “They have never talked to us. they gave us an offer of 1 per cent and stuck firmly behind that.”

The 86 public health unit nurses have been on the picket line since March 8 to back wage demands.

A rally was held on Friday in Windsor and included local NDP politicians and other labour leaders to support the striking nurses.

According to Theresa Marentette, CEO of the Windsor-Essex County Health Unit, nurses have been offered a 3 per cent increase over three years, which Marentette describes as “fair” and “competitive.”

“We're not even close like to the cost of living,” says Deter. “The inflation that's going there. We need that to support our families. It's fairness right? Be fair to what you're offering us because right now 1 per cent is not fair.”

No new contract talks have been scheduled.