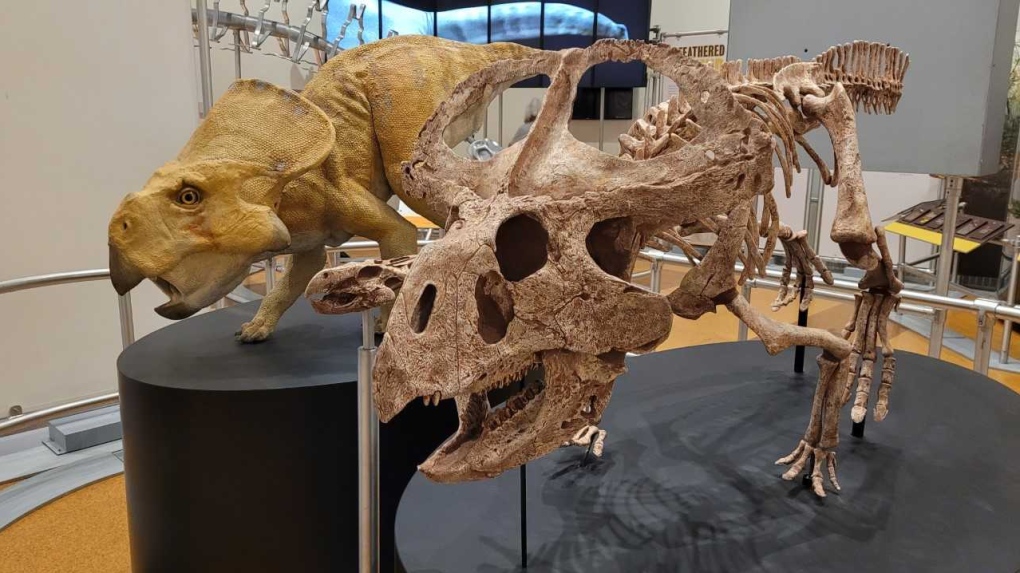 A travelling exhibit from a New York museum has stopped in Windsor for the next four months — taking visitors back to the Jurassic era.

The exhibit is titled "Dinosaur Discoveries: Ancient Fossils, New Ideas" and comes from the American Museum of Natural History, the site of the 2006 film Night At The Museum.

It showcases major fossil finds, computer simulations and life-size models of dinosaurs and their skeletal parts.

"This is the first time we've ever had an exhibit like this at Museum Windsor so this is something really exciting for us to have," said museum assistant Nicole Chittle.

"It features all sorts of different dinosaurs. We have some full-size ones that are a bit smaller and then we have pieces of very large dinos.

The dinosaur display will remain open at the museum until Jan. 22, 2023 and is suitable for the whole family, Chittle added.

"You're going to learn all about dino-life, dino-movement and dino-biomechanics. So it's something for all ages to enjoy."

Ontario Energy Board warns of scammers impersonating its employees

Door-to-door sales have been banned in Ontario since March 2018, but that’s not stopping aggressive sales staff from pitching expensive long-term rental contracts for items like furnaces and air conditioners.