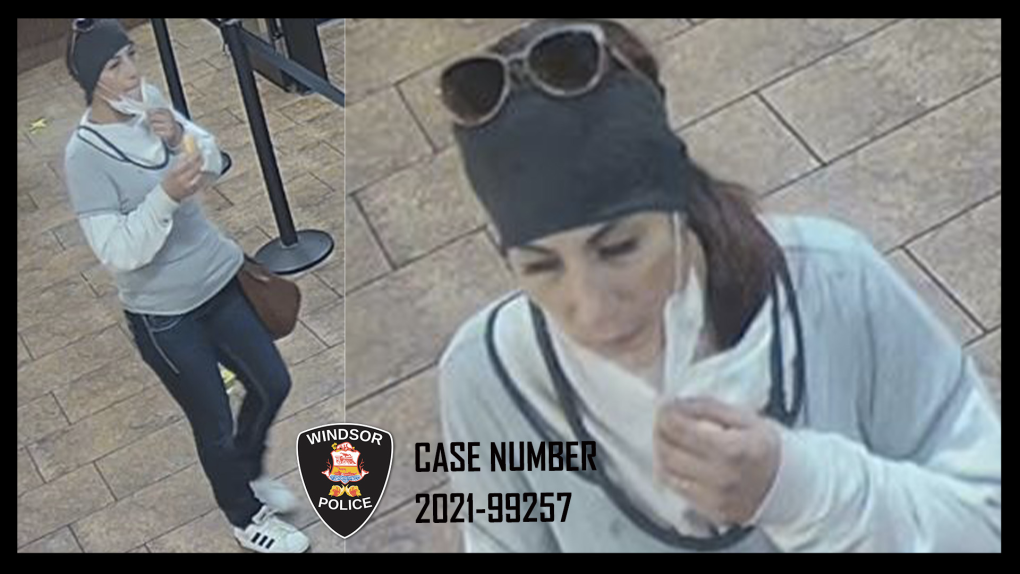 Windsor police have released another photo of a robbery suspect who allegedly brandished a knife at a convenience store worker and stole cash before fleeing the scene.

Police continue to investigate the robbery that officers were called to around 9:15 p.m. Friday at a convenience store in the 1400 block of Ouellette Avenue.

Officers arrived on scene and the suspect had already fled on foot headed northbound on west sidewalk Ouellette Ave.

Police say it was reported she entered the store, brandished a knife and made away with a quantity of cash.

The Windsor Police Service Major Crime investigators are seeking any information that may assist in identifying the suspect.

Police are thanking the public and media for their attention to the case as the new images are a direct result of public assistance after an earlier news release was shared.

Police describe the suspect as a 25 to 39-year-old woman, around approximately 5'7", 160 lbs., medium build, brown/reddish hair tied in a ponytail/bun, wearing a thick/dark coloured headband/wrap on her head, a grey shirt over a long white shirt/sweater, dark pants, white Adidas shoes with black stripes, sunglasses with dark lenses, white facemask, and was carrying a brown purse/bag.