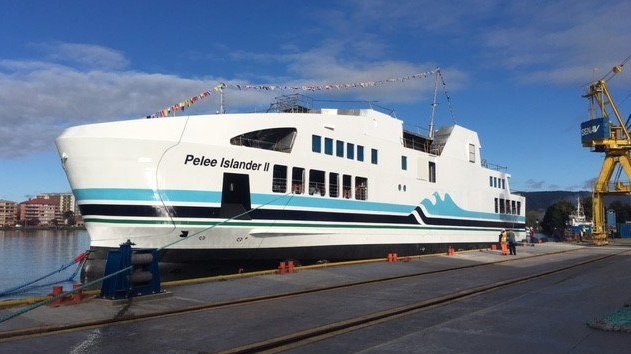 The final touches are being done on the new Pelee Islander II in Chile.

Crews are outfitting the wheelhouse and painting the vessel, while completing the interior finishing.

The 220-foot long vessel is expected to arrive in Canada in the late spring.

This vessel will replace the legendary Pelee Islander which has been traversing the waters between Pelee Island and the Kingsville docks for the past 55 years.

Asenav received the $40-million contract to build the new ferry in 2015.

The decision angered Hike Metal Products of Wheatley. The shipbuilder also applied for the contract, but the owner told CTV News that his company was quickly disqualified without a reason.

“It's preposterous that our government would pull something like this. It’s definitely put a sour taste in my mouth, no doubt,” said Hike president Andy Stanton in 2015.

“Ontario follows non-discriminatory and geographically neutral procurement practices. An independent fairness monitor participated in the procurement, including the evaluations, to ensure a fair, open and transparent process."

Pelee Island has 6,000 acres of farmland, and the new ferry will be able to move transports, construction and farm equipment.

The MTO says the new ferry is scheduled to be put into service sometime in the 2018 season.