New library to be named after local automotive entrepreneur 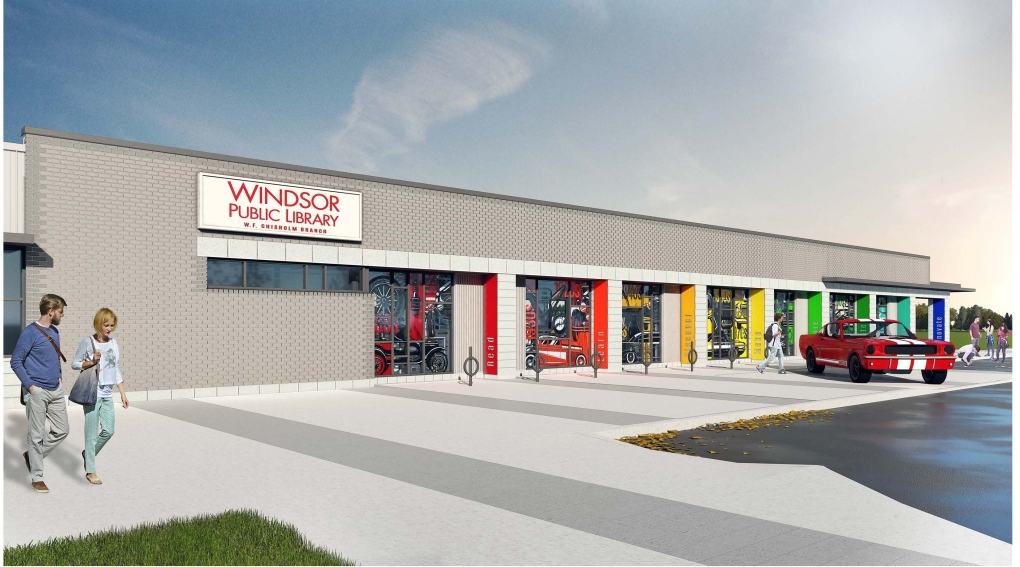 Windsor Public Library officials have announced the name of the new $2.46-million branch at the Optimist Community Centre.

It will be called the W.F. Chisholm Branch.

City Council and the Windsor Public Library Board have both approved bestowing the honour on  Chisholm, a well-respected local automotive executive and founder of Rose City Ford Sales Ltd.

“He has worked tirelessly for Windsor and our automotive industry,” says Pope. “His entrepreneurial spirit, coupled with his willingness to challenge himself in the world of business in a respectful manner, is the epitome of a successful business professional.”

“When John and Sophia Chisholm approached us with the suggestion of sponsoring the new library as a tribute to their father we quickly realized that Bill’s inspirational career is perfectly aligned with this library which will house the Windsor Public Library’s Automotive Archives.”

Owner and President of Rose City Ford John Chisholm is thrilled at the opportunity to establish a legacy of appreciation for his father.

“My father’s determination to launch himself as a successful and respected member of the local retail automotive industry is a story of resilience, integrity, and belief in his community,” said John Chisholm.

“I know that I speak for every employee – past and present – at Rose City Ford, in expressing our heartfelt pleasure in being able to support this initiative and leave a lasting ‘thank you’ to our founder.”

Born in Nova Scotia in 1932, Bill Chisholm moved to Windsor with his family at the age of 10. In 1955 when he was hired as a brake tester on the Chrysler assembly line.

Evening typing classes enabled him to work his way into the data processing department and eventually he became National Sales Manager for Chrysler Canada, where he travelled the country working with Chrysler dealers and getting the bug to be his own boss.

At the age of 41, Bill resigned from Chrysler Canada to pursue his dream of operating a car dealership.  After stints as general manager of Clearwater Dodge in Windsor and owner of Kitchener Plymouth Chrysler, Bill moved his growing family back home to Windsor.

In 1981 when interest rates were high and many automotive dealerships were struggling, Bill purchased a Ford franchise in Windsor, Ontario and Rose City Ford Sales Limited was born.  Bill’s final sale in the car business took place in 1996 when he decided to retire with his wife Amelia and sell the dealership to his son John.  Today, at the age of 85 Bill plays golf, travels and is proud of the successful ‘city of roses’ landmark that he created with integrity and heart.

The Automotive Archives are the first of their kind in Canada, constituting a collection of 4,600 volumes including rare automotive memorabilia and an collection of original design sketches by a leading car designer and will share space with a total collection size of 22,000 volumes comprising print, audio, video, and multilingual resources for people of all ages.

Public tech space including study space, WIFI, and computers will complement the archives and serve as a modern and comfortable arena for further research and learning.

Designed by local architect Dan Amicone of Architecttura Inc., the new branch connects to the west end of the Optimist Community Centre on Ypres Avenue in South Walkerville and will open in October 2017.