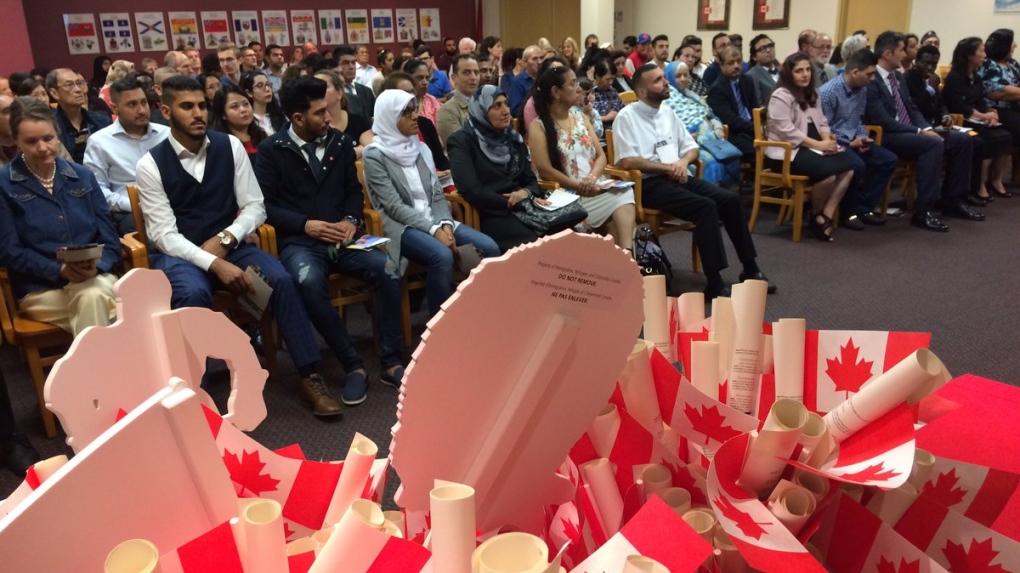 52 citizens from 19 different countries took the oath to become a Canadian citizen in Windsor on October 10, 2018. ( Teresinha Medeiros / AM800 News )

There are dozens of new Canadians living in Windsor-Essex.

52 citizens from 19 different countries took the oath to become Canadian on Wednesday morning at a ceremony held at the Immigration, Refugees and Citizenship Canada office on Walker Road.

The event was part of Citizenship Week celebrations being held across the country.

Gianpaolo Pasini is happy to finally be a Canadian citizen after living here for six years.

“Very thankful to the country for granting me this beautiful thing to become a Canadian so thank you Canada,” beams Pasini.

“This is like the most peaceful country in the world. It's multicultural and I'm really happy to be here,“ says Ahmed. “It feels like home. I don't feel like a foreigner any more.

In total, nearly 150 new Canadians will be welcomed to our country this week during three separate ceremonies in Windsor and Leamington.