Naloxone saves K9 Unit after exposure to fentanyl during bust 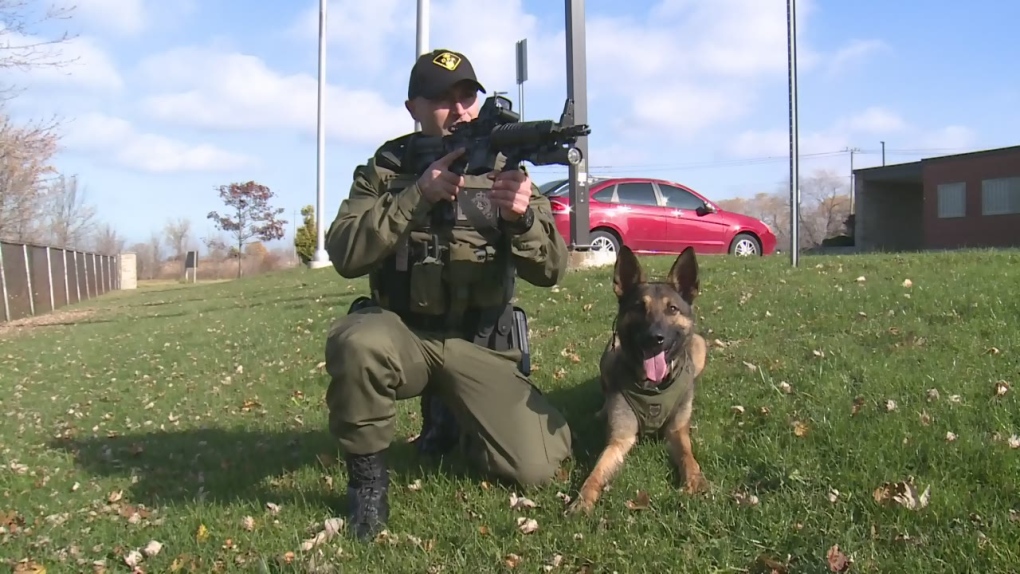 LONDON, ONT -- Naloxone doesn’t just save the lives of people as evidenced after an OPP K9 unit was administered naloxone after getting sick due to fentanyl exposure during a drug bust in Leamington.

Last Thursday OPP K9 dog Maximus was assisting police in locating narcotics in a home during a raid.

Maximus became dizzy, disoriented, and his breathing was laboured after being exposed to fentanyl.

Maximus is expected to make a full recovery after he was administered naloxone, a substance used to revive people suffering from opioid overdoses.

Meanwhile a 57-year-old Leamington man is facing several charges after a quantity of fentanyl, cocaine, crystal methamphetamine and Canadian currency was seized from the home on Erie Street South.

The accused will appear in a Windsor court in October.