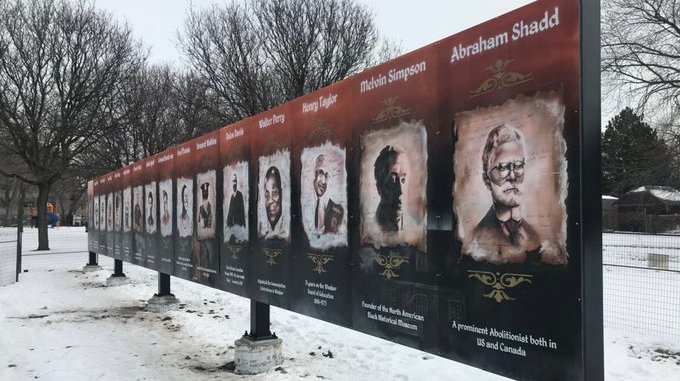 WINDSOR -- Visitors to Sandwich Town may have noticed some familiar murals back on public display – but at a new home.

These murals commemorating the area's black historical figures were taken down off a Sandwich Town building last year.

But after some lobbying from the community, the city agreed to give them a permanent home at Paterson Park.

The murals were installed this week with lighting to follow.

Ward 2 Coun. Fabio Costante credits the city’s Parks Department and community members for ensuring the preservation of these important murals. To that end, he's hoping to plan a proper public unveiling.

"I want the people that were involved in the process to really be featured because they really led the charge,” says Costante. “For example Pastor Carolyn Robinson has two family members, she's a descendant of two family members on the murals, and those voices are important to be heard."

These murals recognizing important black historical figures in Windsor are at their new home at Paterson Park in Sandwich Town. @CTVWindsor pic.twitter.com/1ZVl3uFE28