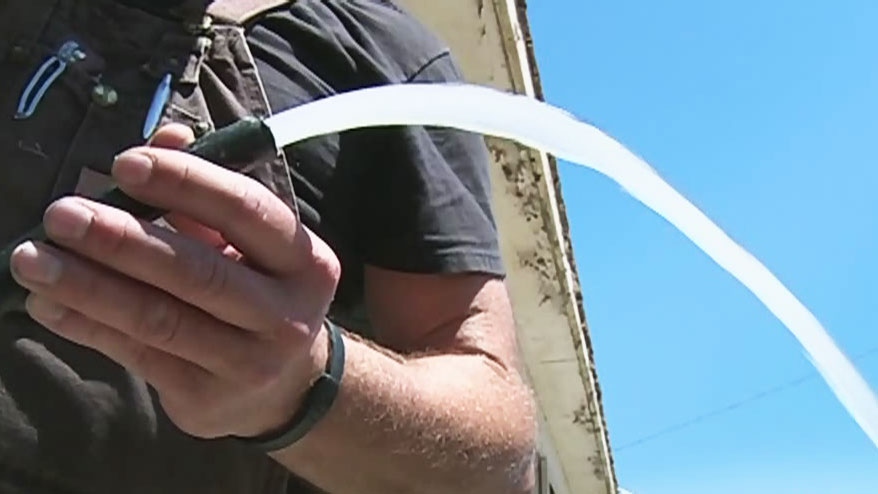 The New Democrat MPP for Essex has called on Premier Doug Ford to make good on an election promise and investigate the cause of black shale in well drinking water near Dresden.

Residents in Chatham-Kent have complained since 2008 that their well water is undrinkable because of pile driving at Samsung’s North Kent One wind project.

The residents, who formed a group called Water Wells First, claim black shale is in the water and have called for a Health Hazard investigation.

The company has denied the allegations.

In a statement issued last year, officials from North-Kent Wind said the concerns appeared related to well construction. The company said it also offered fresh water to residents as it investigated the claims.

Ontario’s Ministry of Environment also agreed with the company’s findings.

But MPP Taras Natyshak is not satisfied and continues to bring the issue to Queen’s Park.

"Immediately" has come and gone,” said Natyshak in the legislature on Thursday. “It's now more than a year later, and the people are still waiting. They're here in the gallery today. They have lost trust in this premier and this government.”

Natyshak also introduced a letter Premier Ford wrote to resident Kevin Jakubec that said “I commit myself and the PC Party of Ontario to stopping this travesty and commit that a full health hazard investigation is conducted in north Chatham-Kent.”

Infrastructure Minister Monte McNaughton said the government continues to look into the matter, but he also laid blame on the former Green Energy Act and the NDP for supporting the Samsung agreement.

“We are going to honour our commitment,” added McNaughton, who noted the PC government has already cancelled 758 wind and solar contracts.