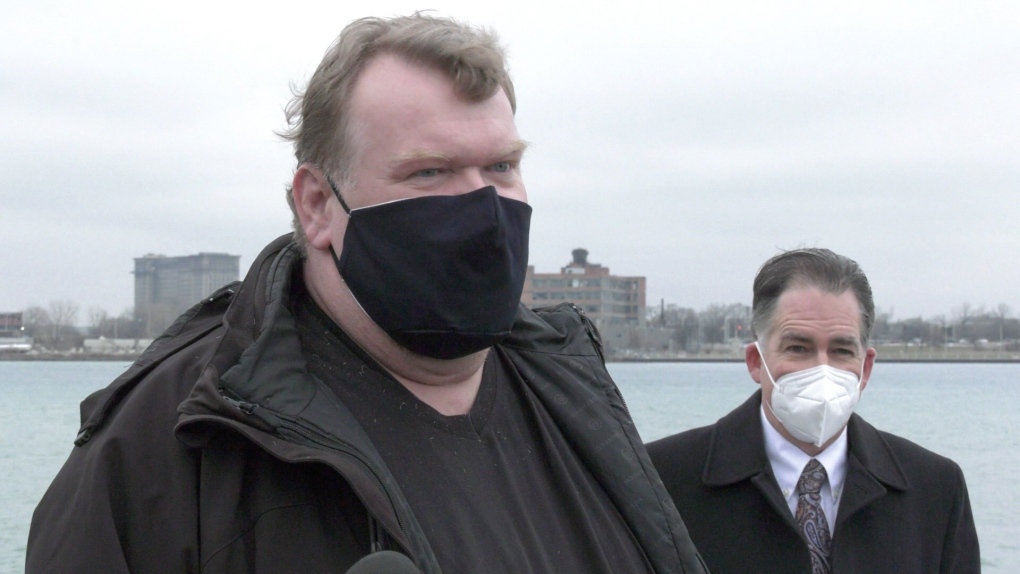 WINDSOR, ONT. -- Getting customs agents access to rapid COVID-19 testing is the aim of a new letter penned by a Windsor-area Member of Parliament.

“The introduction of rapid COVID-19 testing at all of our local land border crossings could significantly reduce the public health risks to the residents and border workers,” wrote Masse in his letter to the ministers.

Masse points to the federal government’s purchase of 20 million rapid COVID-19 test kits this past October as devices that could be sent to the border for a pilot program.

Such a program has the backing of the Customs and Immigration Union Local 18 President, Ken Turner.

“There’s a lot of anxiety and fear in the workplace about what we face, particularly with the asymptomatic people every day,” said Turner.

Turner says rapid testing would allow staff at the border to more easily identify and isolate cases of COVID-19 to prevent further spread.

So far, 20 of 330 of Local 18 members have tested positive for COVID-19 and recovered, according to Turner.

“It’s a workforce under stress, no doubt,” said Turner.

Masse believes the program could be implemented quickly – potentially within a week – if the government decides to move forward.

Masse notes in his letter, “with thousands of people crossing daily into and out of Michigan … rapid testing at the land border crossings between Windsor and Detroit could be an effective public health tool to address a source of infection in the area.”

The New Democrat says ensuring the safety of border workers is critical to maintaining trade along the Windsor-Detroit crossing.

In his letter, Masse highlighted the four crossings that fall inside his riding account for $1 billion a day and roughly 40 per cent of trade between Canada and the U.S.

Masse adds if proven successful, the program could be expanded to other essential workers crossing the border.

“There’s lots of different scenarios that could emerge out of this but, what we’re saying is, ‘hey, take a look at us down here, take a look at the rapid test that you already have available,’” said Masse. “What else can we do to make things better?”