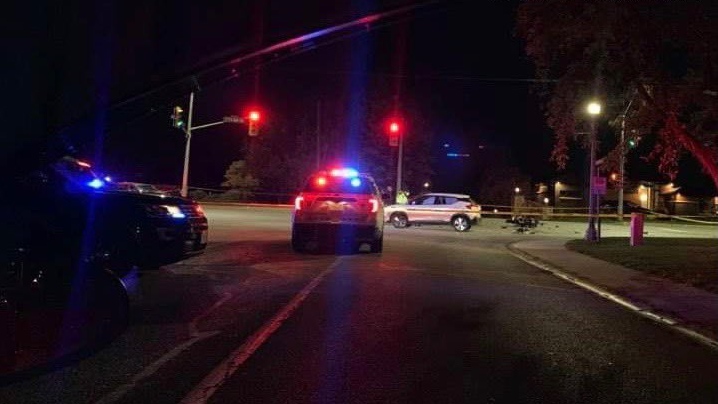 Police were called to a two-vehicle collision at the intersection of County Road 20 and Kingsbridge Drive on Wednesday, Nov. 4, 2020. (Courtesy _OnLocation_ / Twitter)

WINDSOR, ONT. -- A motorcyclist was taken to hospital with potentially life-threatening-injuries after a crash in Amherstburg.

Patrol officers were called to a two-vehicle collision at the intersection of County Road 20 (Front Road North) and Kingsbridge Drive on Wednesday around 5:30 p.m.

The motorcyclist was transported to hospital for medical assessment.

Officers interviewed a number of witnesses at the scene.

The roadways have since reopened and the matter remains under active investigation.

Investigators are encouraging anyone who may have witnessed the incident to contact police.