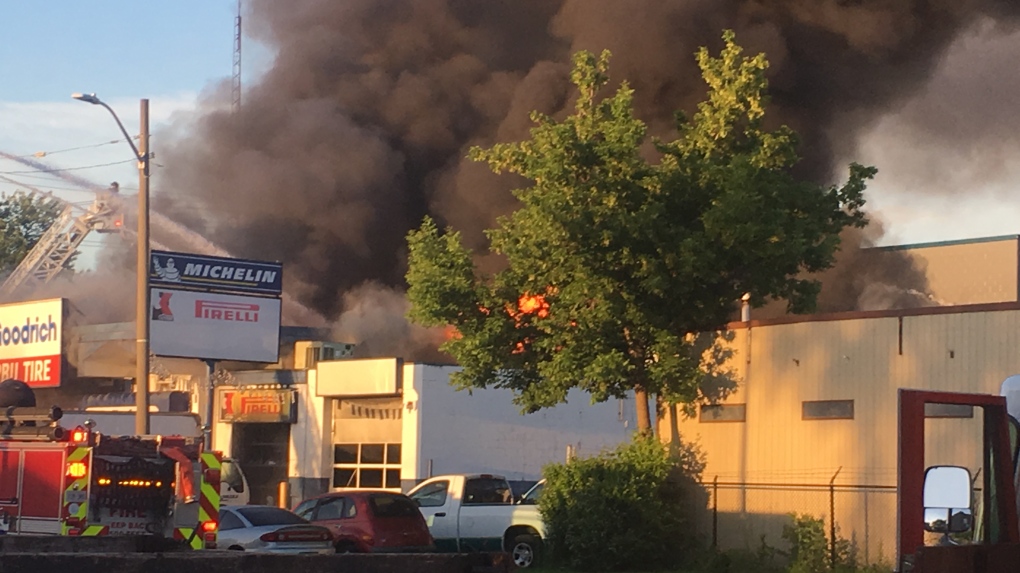 A blaze destroys a tire garage on Howard Avenue in Windsor on June 23, 2019. (Courtesy Gerrald Norris)

A 53-year-old Windsor man has been charged with arson related to a fire at a tire shop on Howard Avenue.

Emergency personnel attended and battled the fire for several hours.

Members of the arson unit continued investigating the suspicious fire and determined the fire was an arson.

A male suspect was identified and subsequently arrested on Aug. 28 without incident.