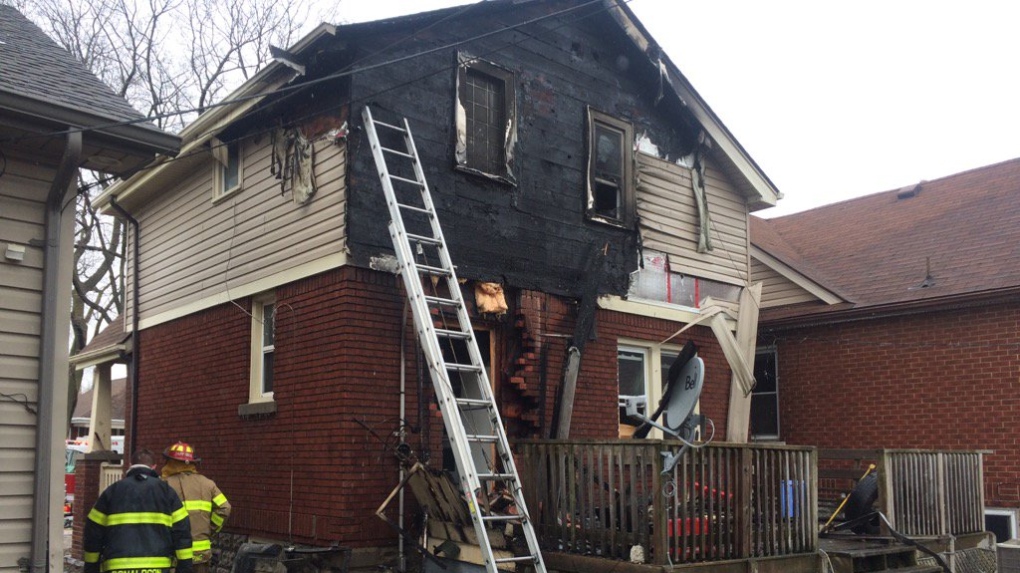 Windsor Fire and Rescue was called to a blaze at the back of a home at 728 Rankin Avenue after 9 a.m. Thursday.

Firefighters say the smoke alarms inside went off, and woke up the six students living in the home and they managed to get out safely before crews even arrived.

The fire is believed to have started in an enclosed porch by a garbage pail.

The fire did cause significant damage to the back of the home and the kitchen, whilethe heat of the flames also melted the siding on the house next door.

But crews were able to put the fire out before doing any more damage.

The cause will go down as undetermined.

Fire officials also remind residents that clocks go forward this Sunday, so it’s a good time to check the batteries in your smoke alarms and carbon monoxide detectors.

728 Rankin, WORKING SMOKE ALARMS DO SAVE LIVES, alarms credited with alerting residents to allow then to safely escape without injury at this incident.*JL