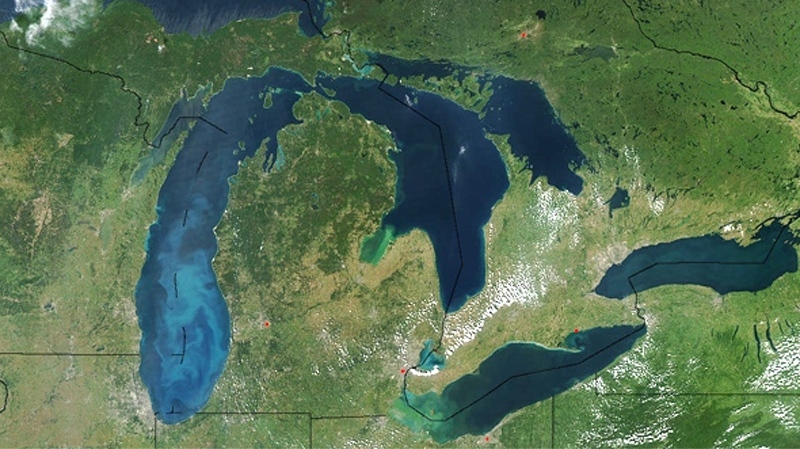 The Great Lakes dominate this true-colour satellite image made available by NASA.

Overall since 2010, the GLSRP has tracked 625 Great Lakes drownings.

“There have been too many lives lost since 2010 on our beautiful Great Lakes,” said Melisa Zirkle, GLSRP Board Member. “And my son is one of them because we didn’t understand lake currents.”

“Knowledge is power, and I wish I had known drowning prevention four years, five months, and twenty days ago” added Zirkle.

Zirkle’s son, Jermaine, drowned in a Lake Erie structural current July 12, 2013. Jermaine knew how to swim. He was an athlete; strong and smart and happy.

“He didn’t even like going in the lake,” Zirkle added.  “But he did that day. He went in because he wanted to – that one time – and that was all it took.”

“I grew up on this lake, but I never had the knowledge to pass on to him about the currents” said Zirkle. “My parents both grew up along this lake. We just never knew.”

Zirkle now advocates water safety with the Great Lakes Surf Rescue Project and is assisting the GLSRP to perform water safety presentations in schools in Ohio.