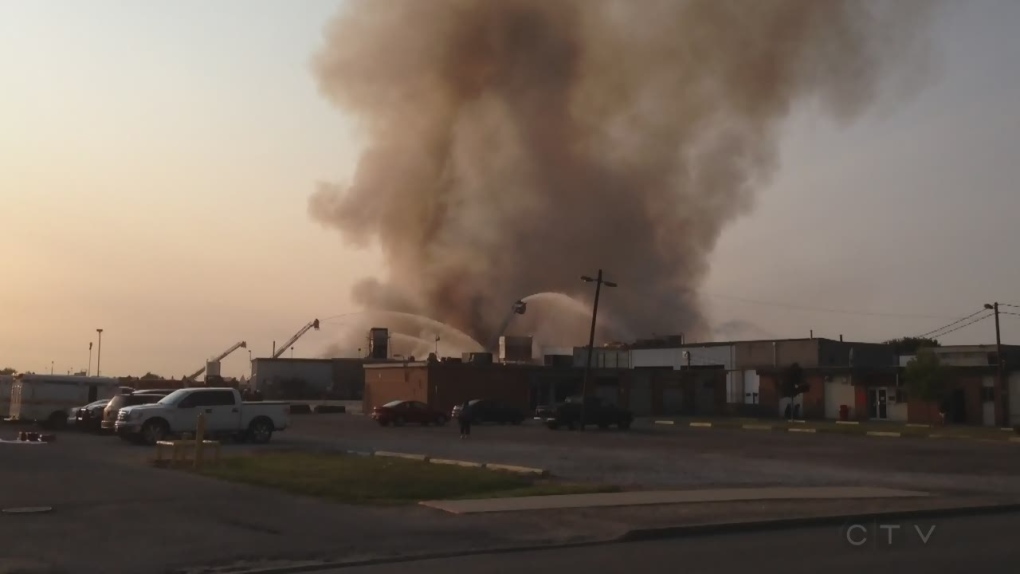 Large plumes of smoke and fire billow from the Bonduelle plant in Tecumseh, Ont.

The rotting vegetable that were causing a stink at the Bonduelle plant in Tecumseh, have been removed from the property.

VP of operation, Robert Anderson tells CTV Windsor that the spoiling vegetables have been cleared, as the demolition of building materials continues. Earlier this month, some neighbours who live near the plant, complained about the stench the rotten veggies were making.

The vegetables were a casualty of the estimated $40 million fire that ripped through the processing facility on July 18.

Anderson says employees are steadily getting back to work, as the green bean and sweet corn season pick up.