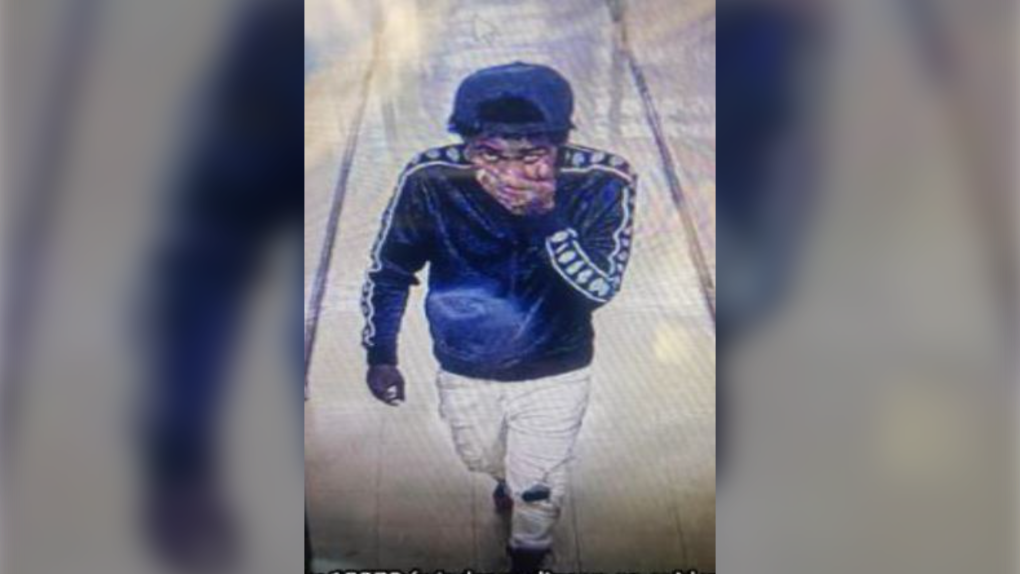 Windsor police are actively investigating a sexual assault report and have reached out to the public for help identifying a suspect.

Police say officers responded to a sexual assault report on Saturday, June 25, that took place at a home in the 300 block of University Avenue East. The assault is reported to have happened between 6:45 a.m. and 7 a.m., police say.

The adult female victim told police the suspect made threats of violence if she did not comply with his demands.

Police have described the suspect as a Black man, around 5’9” and about 160 lbs. He was wearing a blue baseball hat, black jacket, white pants and blue and red Nike shoes.

Investigators obtained surveillance footage of the suspect and are seeking the public’s assistance in identifying him.

Police are asking anyone with video surveillance cameras in the 300 block of University Avenue East to review their camera for footage that may help with the investigation.

Anyone with information about the identity of the suspect is asked to contact Windsor Police Major Crime Unit at 519-255-6700, ext. 4830, Crime Stoppers anonymously at 519-258-8477 (TIPS) or online at www.catchcrooks.com

Sale of Ottawa church to 'Freedom Convoy'-affiliated group falls through, but leader says deal is still on

The current purchase of a historic Ottawa church slated to become an 'embassy' for a group affiliated with the Freedom Convoy has fallen through, according to documents obtained by CTV News. But The United People of Canada director said it was his understanding the deal was still in place.

Former U.S. Vice President Mike Pence said Friday that he didn't take any classified information with him when he left office.

Canadians across the country have a shot at seeing the northern lights this weekend thanks to a series of solar flares and storms over the past few days, according to the National Oceanic and Atmospheric Administration.

There is now a simple solution to destroying 'forever chemicals': study

Scientists say they have developed a simple and cost-effective method for destroying a class of synthetic chemicals found in many consumer items and lasting in our water, soil and air for thousands of years when left alone.