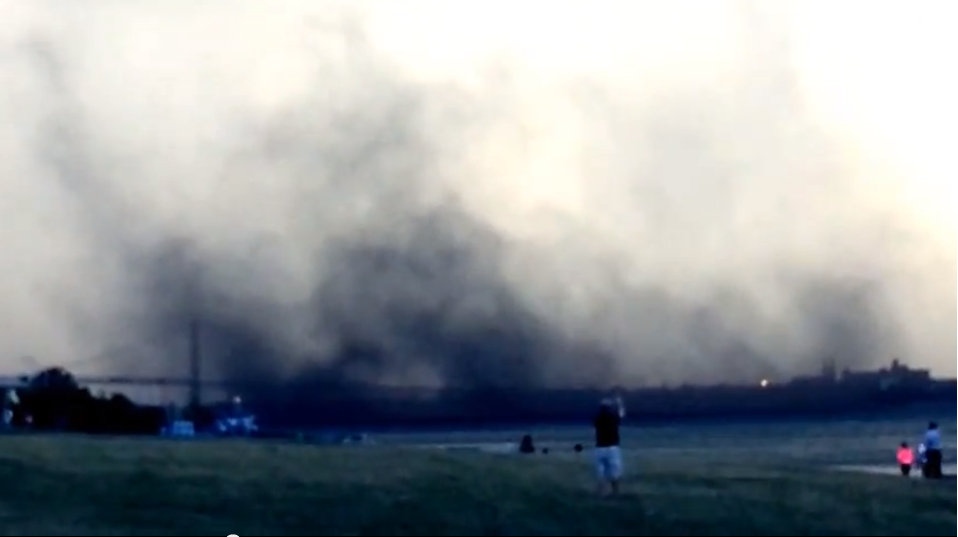 A shocking scene over the Detroit River early Saturday night, which had drivers parking their vehicles and pulling out their smart phones.

This YouTube video by Randy Emerson shows a black cloud of dust. Many believe it to be petroleum coke from Detroit.

The video was taken on Riverside Drive at Parent Street.

Advocates have been urging a U.S. based company to remove the piles for environmental reasons.

Emerson is part of "Windsor on Watch," an environmental group. He says this incident must be taken seriously.