Over $50K in cash, drugs and weapons seized in Windsor bust 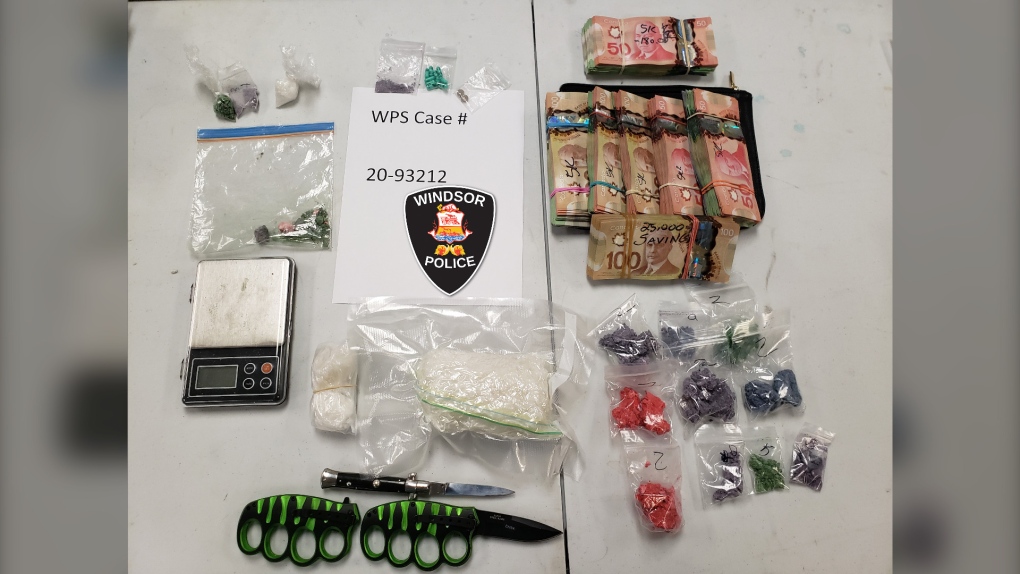 Windsor police have seized over $50,000 in cash, as well as a variety of drugs and weapons. (Courtesy Windsor police)

WINDSOR, ONT. -- Windsor police have seized over $50,000 in cash, as well as a variety of drugs and weapons after executing three search warrants.

Two Windsor residents have been arrested and charged following the investigation by the Windsor Police Service Drugs and Guns (DIGS) Unit.

The DIGS Unit launched an investigation in September involving the suspected trafficking of illicit drugs within Windsor.

During the course of the investigation, two adults were identified as suspects in the operation.

Investigators applied for and received judicial authorization to search a residence, a motel room, and a vehicle associated to the involved suspects.

Shortly before 8 p.m. on Tuesday both suspects were located and arrested without incident.

The three search warrants were then executed.

As a result of the searches, investigators seized:

Bradley Hoffman, 39 and Sabrina Klippenstein, 30, face a 16 charges, including multiple counts of Possession of a Controlled Substance for the Purpose of Trafficking and Possession of Prohibited Weapons.