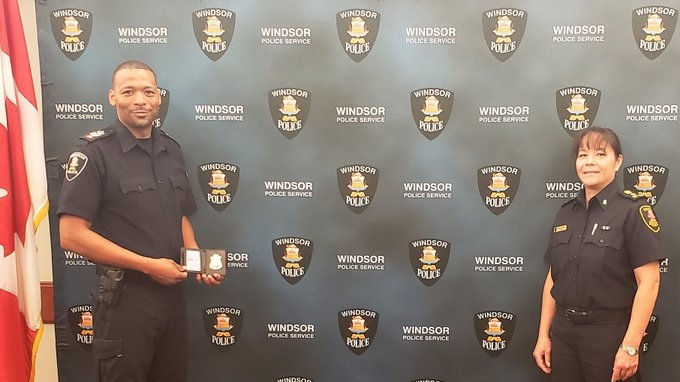 Windsor police officer Ed Armstrong has been promoted to Staff Sgt., making him the first Black Canadian to achieve the position in the force's history.

A news release from the WPS says Armstrong’s promotion was effective Sunday, Aug. 9.

Born and raised in Windsor, Armstrong attended Riverside High School, St. Clair College and the University of Windsor before joining the force in 1998.

He worked in several uniform positions before eventually being assigned to the Emergency Services Unit.

During his tenure, Armstrong became an expert instructor before eventually being elevated to the position of Team Leader, WPS says.

In 2018, Armstrong was promoted to the rank of sergeant and was later assigned to the Community Services Branch.

“His positive attitude and leadership skills were critical to the success of numerous community collaborations,” WPS says.